HOUSTON - Advertising: Enter the NLCS Challenge contest on the FOX Super 6 app for free and you can win the $25,000 jackpot! Download now!

NBA sources confirm Daryl Morey is leaving the Houston Rockets after running the franchise for 13 years.

Stone becomes the second African-American general manager in the NBA.

He has been with the Rockets for 15 years and has been the general counsel for the franchise since 2005. 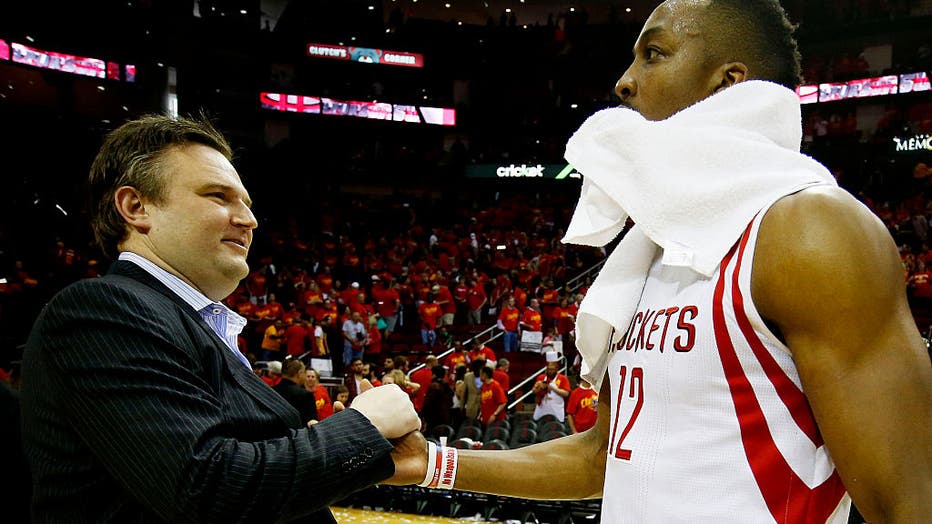 HOUSTON, TX - MAY 17: Dwight Howard #12 of the Houston Rockets celebrates with General Manager Daryl Morey after they defeated the Los Angeles Clippers 113 to 100 during Game Seven of the Western Conference Semifinals at the Toyota Center for the 201

The Rockets are still in search of a head coach after Mike D'Antoni's departure.

ESPN, which was the first to report the major changes in the Rockets organization, also reports Morey will continue helping the Rockets in their search for a new head coach in an advisory role.

Advertising: Enter the NLCS Challenge contest on the FOX Super 6 app for free and you can win the $25,000 jackpot! Download now!