HOUSTON - Houston Rockets Coach Mike D'Antoni has informed the team that he won't be returning next season according to his agent Warren LeGarie in an interview with FOX 26 Sports.

D'Antoni, 69, will hit the free agent market to find a new home after coaching the Rockets for the past four seasons. 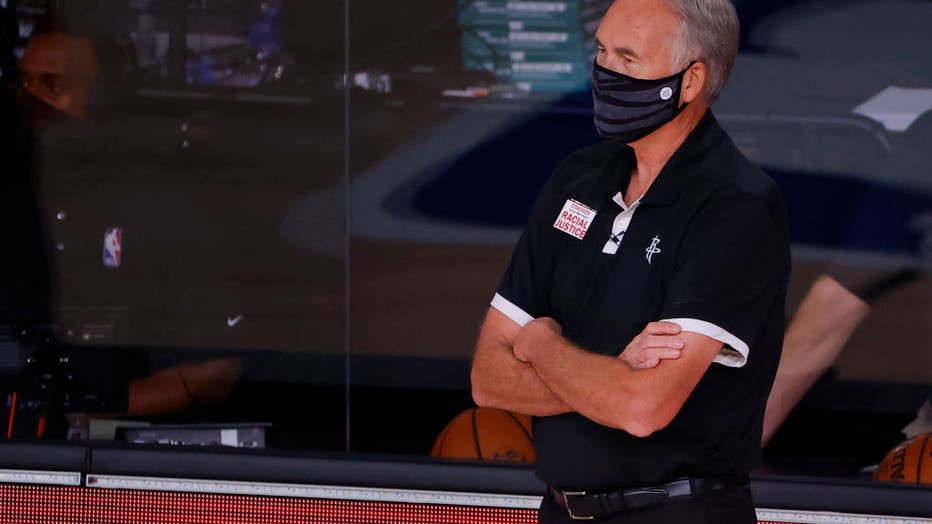 LAKE BUENA VISTA, FLORIDA - AUGUST 24: Mike D'Antoni of the Houston Rockets looks on against the Oklahoma City Thunder during the first quarter in Game Four of the Western Conference First Round during the 2020 NBA Playoffs at AdventHealth Arena at E

D'Antoni and his wife Laurel released a statement to the Houston community on Sunday afternoon. 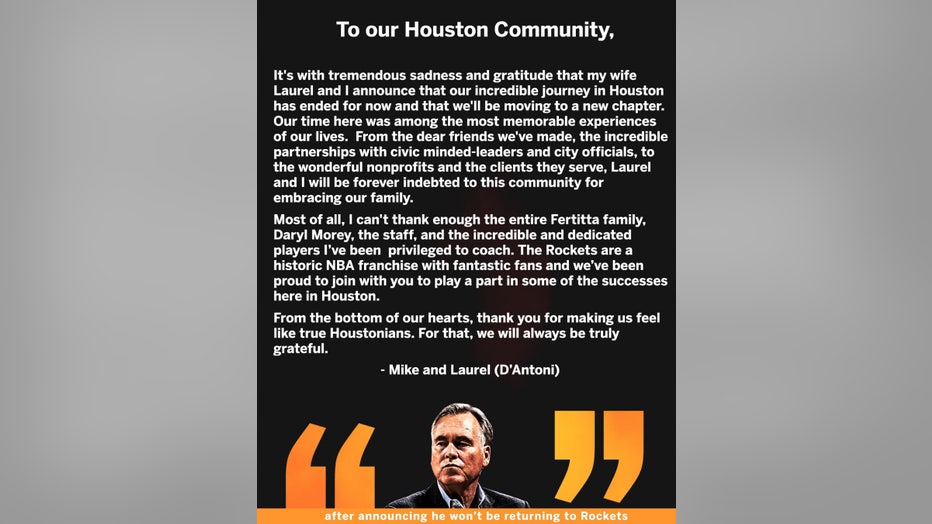 "From the bottom of our hearts, thank you for making us feel like true Houstonians."

“Mike felt that he couldn’t make the same kind of commitment to the team that he had been previously making. Therefore, he felt that it was better that both moved in separate directions at this juncture.”

LeGarie went on to talk about how difficult the decision was:

"I would like to thank Mike D'Antoni and his wife, Laurel, for their incredible contributions to the Houston Rockets organization and the Houston community. Mike is a true professional and an amazing basketball mind. He is a winner, and we have been blessed to have had such an outstanding coach and leader to work with the past four seasons. We wish Mike and Laurel nothing but success and happiness in their next chapter."

D'Antoni has an NBA career record of 672-527 and has been coaching at the professional level for 30 years.