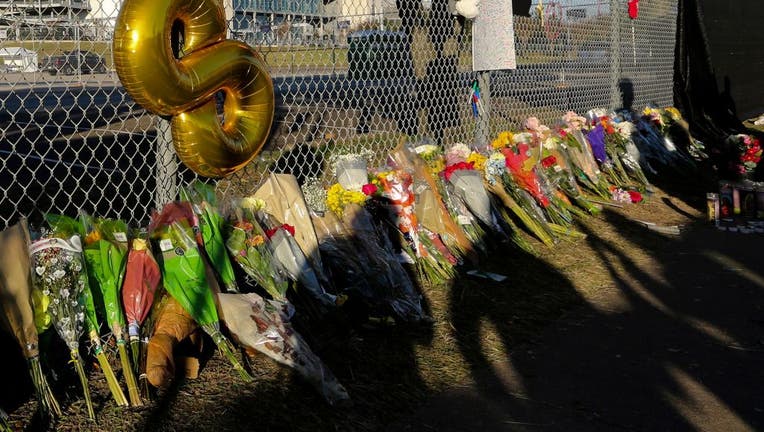 People attend a makeshift memorial on November 7, 2021 at the NRG Park grounds where eight people died in a crowd surge at the Astroworld Festival in Houston, Texas. - Authorities in Texas opened a criminal investigation Saturday into a tragedy in wh

HOUSTON - The Buzbee Law Firm announced today that a settlement has been reached for one of the families for the Astroworld tragedy that occurred last year.

Axel Acosta was 21-years-old when he was "crushed" to death during the Astroworld music festival on Nov. 5, 2021. Houston attorney Tony Buzbee filed a $750 million lawsuit against Travis Scott, Live Nation, and others who were involved on behalf of Acosta and at least 125 other victims.

"Victim Axel Acosta was a beloved son, brother, and student. He was kind and loving. He is greatly missed," Buzbee wrote in the caption.

Acosta was one of 10 people killed at the festival with hundreds of others injured. The Harris County Institute of Forensic Sciences reported all 10 victims, who ranged in age from 9-27 died due to compression asphyxia. According to a case report published by the National Institute of Health, compression asphyxia is usually caused by an external force "compressing the trunk."

The festival was attended by nearly 50,000 people and left some attendees traumatized afterward.