FOX 26 Reporter Gabby Hart spoke with family members who had to put their dog down as a result of the attack.

ATASCOCITA, Texas - A vicious attack left a Houston family with no choice but to put down their beloved family dog after two neighboring dogs allegedly broke through their backyard fence.

"He went to reach down and touch her and his hand was covered in blood, and he just screamed for help," said homeowner Jennifer Hernandez.

RELATED: 2 small dogs mauled to death, another severely injured while in the care of residential pet sitter

On Friday, January 13, her teenage son found their 8-year-old pit-pull named Bailey with a gruesome wound, the image is so graphic, we can't show it to you here. 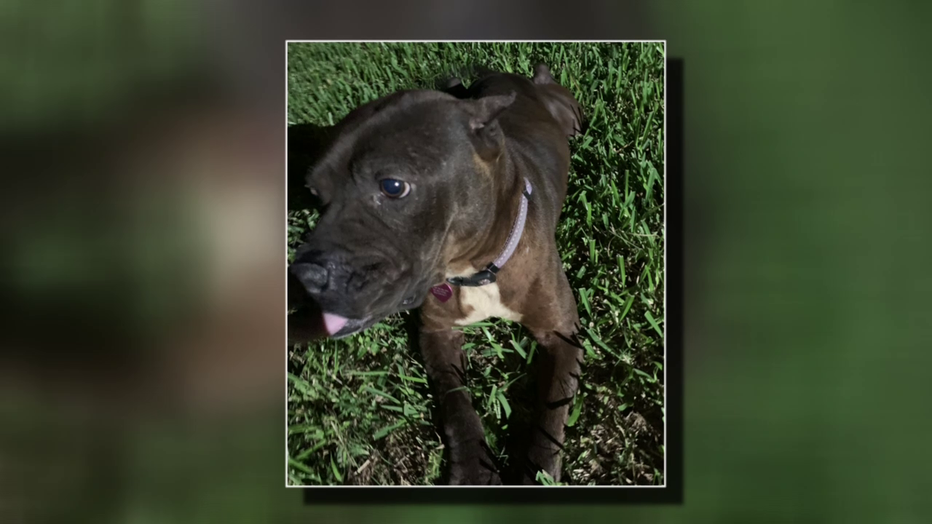 "The vet called it horrific and said it's the worst thing they've seen in a long time. It's about six inches wide across her front shoulders."

Bailey, who weighs just 30 pounds, was fine when they left her in the backyard of their Atascocita Forest neighborhood home, and Jennifer says she knows that the two vicious dogs that live two doors down are responsible. She showed FOX 26 claw marks and bite marks on her back fence, we also saw blood surrounding the opening.

One of the dogs in question is a brown mixed-breed dog, and they say he follows the lead of an aggressive black and white pit bull.

Two months ago, Jennifer's son suffered a flesh wound while fighting those dogs off on his way to school.

"My son plays an instrument, and he swung the instrument case to try and keep the dogs away from him," she explained.

And she ​isn't the only one in their community whose been traumatized by these dogs over the past six to eight months; neighbors tell FOX 26 the dogs are constantly escaping their backyard.

One video showed neighbors running back into their house with their small dog-- after they saw the same two dogs charging at them.

"Nobody in this neighborhood should ever go through that," said Brandon Delarosa, who says the same dogs have charged at him.

Jennifer has started a neighborhood petition, hoping to get rid of the dogs for good.

"About a month ago, they had blood around their necks after they mauled a neighbor's cat and left it there. They bit my niece, we've made multiple reports, but nothing's been done," said Clarissa Cardenas, who lives across the street.

FOX 26 has reached out to animal control for comment. But with the MLK holiday we haven't heard back.