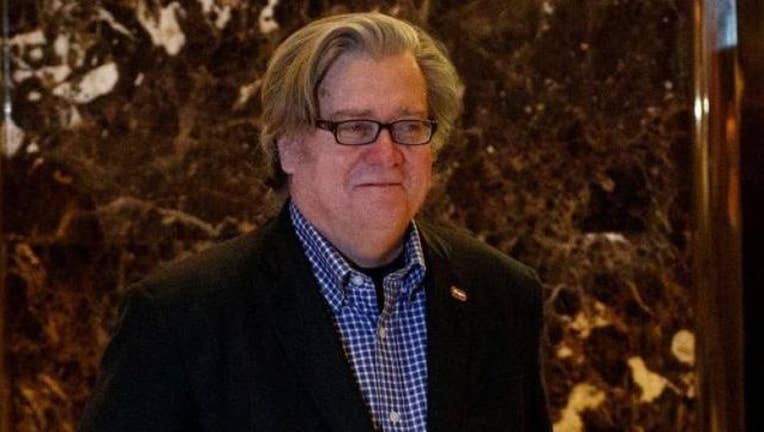 WASHINGTON, DC - Steve Bannon, who once served as President Trump’s campaign manager and senior policy adviser before falling out with the White House, has agreed to be interviewed by Special Counsel Robert Mueller, avoiding the prospect of appearing under subpoena before a grand jury, Fox News has learned.

Bannon was subpoenaed last week by the special counsel, initially requiring him to appear before a federal grand jury as part of the Russia investigation.

But sources told Fox News Wednesday that Bannon had reached an agreement to interview with Mueller’s team instead.

Sources told Fox News that Bannon’s initial grand jury subpoena was an “overreach” by the FBI.

The committee’s top Democrat, Rep. Adam Schiff, D-Calif., said Bannon refused to answer questions about his time in the White House or his work on the presidential transition. His refusal prompted an immediate subpoena from committee Chairman Devin Nunes, R-Calif.

Schiff said that it was the first time Republicans on the committee issued a subpoena in response to a witness refusing to answer questions at the instruction of the White House.

Sources told Fox News that Bannon will return to Capitol Hill Thursday afternoon for another meeting with the committee.

Bannon’s subpoena to interview with Mueller, and the latest subpoena from the committee, come after the publication of Michael Wolff’s book “Fire and Fury: Inside the Trump White House,” where Bannon made comments blasting Trump’s eldest son Donald Trump Jr., son-in-law Jared Kushner, and ex-campaign chairman Paul Manafort.

Bannon described their infamous June 2016 meeting in Trump Tower with Russian attorney Natalia Veselnitskaya during the campaign as “treasonous” and “unpatriotic.”

“Even if you thought that was not treasonous, or unpatriotic, or bad s—t, and I happen to think it’s all of that, you should have called the FBI immediately,” Bannon is quoted as saying in the book.

Bannon is just the latest Trump campaign associate to be summoned to interview with Mueller.

In October 2017, Manafort and his associate Rick Gates were indicted by a federal grand jury on 12 counts, as part of Mueller’s investigation. Both pleaded not guilty.

Fox News learned Tuesday that Manafort’s next court appearance would be Feb. 14 for a status hearing. The government had proposed the trial begin May 14, but the date may be pushed to October. At this point, there is no official start date.