Houston police are searching for the suspects involved in the daytime robbery of an elderly couple that was entering a restaurant moments after taking money out of a bank.

HOUSTON - Houston police are looking for the suspects involved in the aggravated robbery of an elderly couple that was entering a restaurant.

HPD says it happened around 11 a.m. Thursday, April 21 at a restaurant located in the 7800 block of West Tidwell.

A 90-year-old female and 87-year-old-male told police that as they approached the restaurant's front door, an unknown male opened it for them.

The male then reached over to the female, grabbed her purse, and ran off.

He got into the passenger seat of a black four-door sedan, which sped away from the scene.

Houston police say the couple had just gone to a bank located at in the 2200 block of Gessner and withdrew money. It is possible that the suspects followed the complainants from the bank to the restaurant. 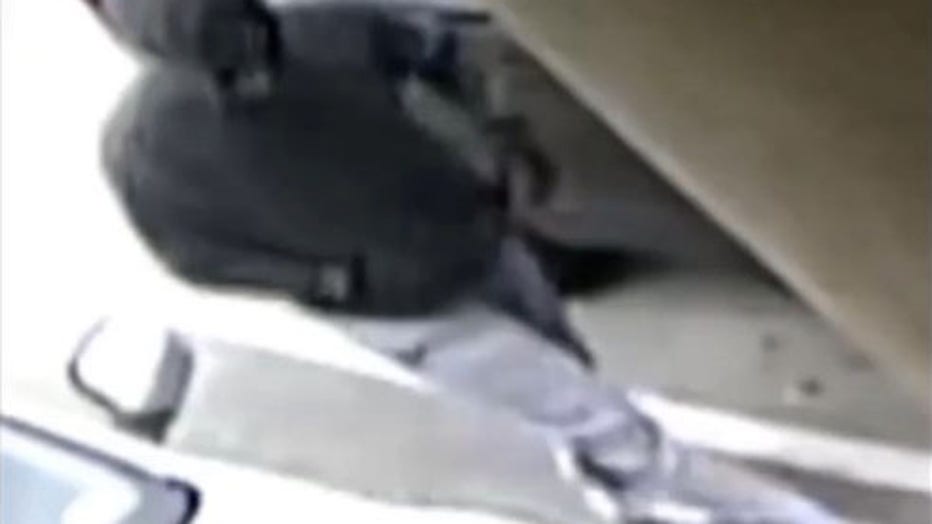 A screengrab of the suspect in the robbery of an elderly couple at the entrance of a Houston restaurant on Thursday, April 21.

They released surveillance video of the incident in the hopes that someone may be able to identify the robbery suspect.