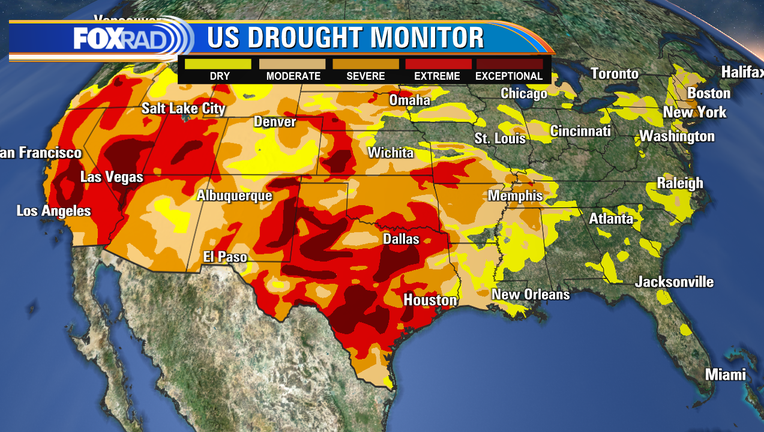 HOUSTON - The drought situation across Texas has become even more dire. The new U.S. Drought Monitor maps released Thursday morning show a worsening situation for most of the state with 62% of Texas now classified as being in extreme or exceptional drought (the two highest levels). 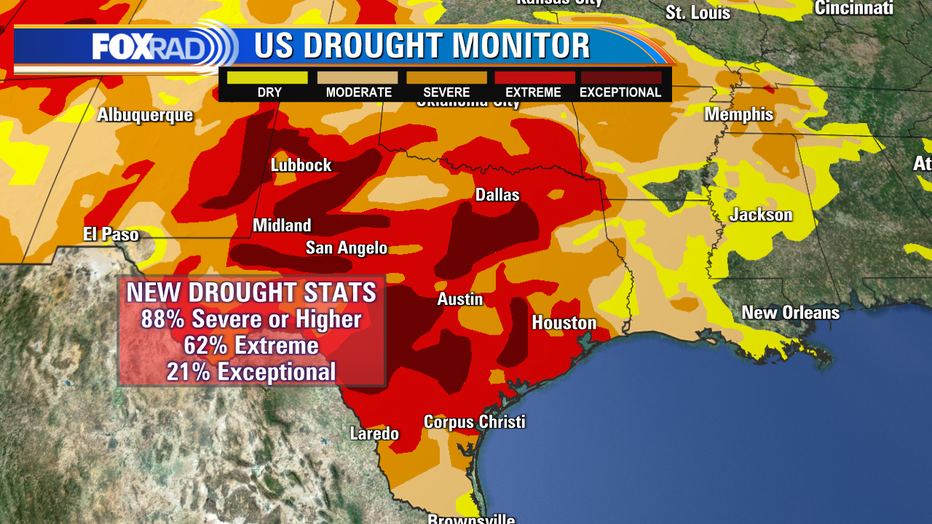 Exactly one year ago, none of Texas was under an extreme drought. So far, the impacts include at least a dozen uncontained brush fires, mostly in central Texas, low lake water levels, and damage to agriculture. Locally, common farmers are facing a potential loss of this year's crop. 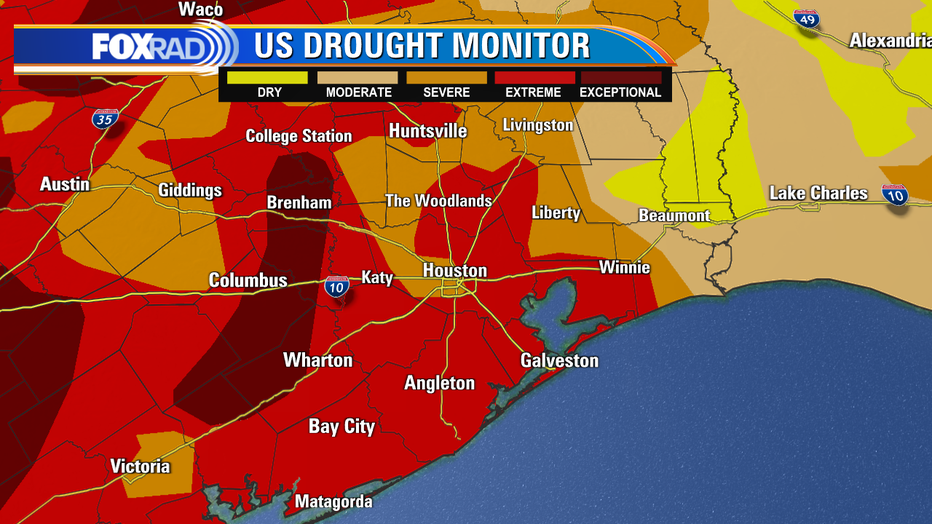 So, is there any help on the way? The answer is yes, but not enough to reverse the drought. A brief change in our dominating high-pressure pattern should allow for some soaking showers on Friday and possibly Saturday in the Houston area, but chances still look slim for the hardest hit areas west of Austin. 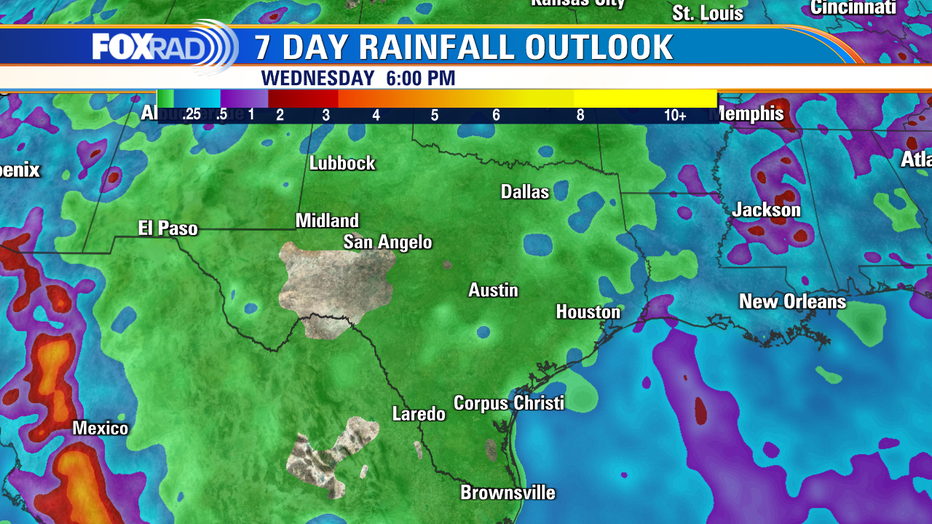 The Climate Prediction Center outlook for the month of August shows a slightly better than even chance for below-normal rainfall, but for our area, the next 7 days appear to bring a daily scattering of rain.

Finally, in addition to an extremely dry year, the summer heat is breaking records. Houston and Galveston just registered the warmest July on record and in San Antonio, Thursday will mark the 54th 100-degree day of the year so far and their all-time record is 59 100-degree days in a year.