A Houston-area man is warning other drivers after his car was shot on the Gulf Freeway last week.

LEAGUE CITY, Texas - One man is wanting to warn other drivers after he says his car was shot on Gulf Freeway last week.

According to Alfred Daise, he had been driving in heavy traffic on Dec. 20 along I-45 near exit 25. Suddenly, his car started having noticeable issues.

"When it hit, it was like pshh," said Daise. "All of the water and steam came out of the engine. It was everywhere."

Daise says he pulled his car over in League City. A mechanic later found a bullet hole in the vehicle’s engine.

Daise shared a picture with FOX 26 of where he believes a possible bullet exited his car. 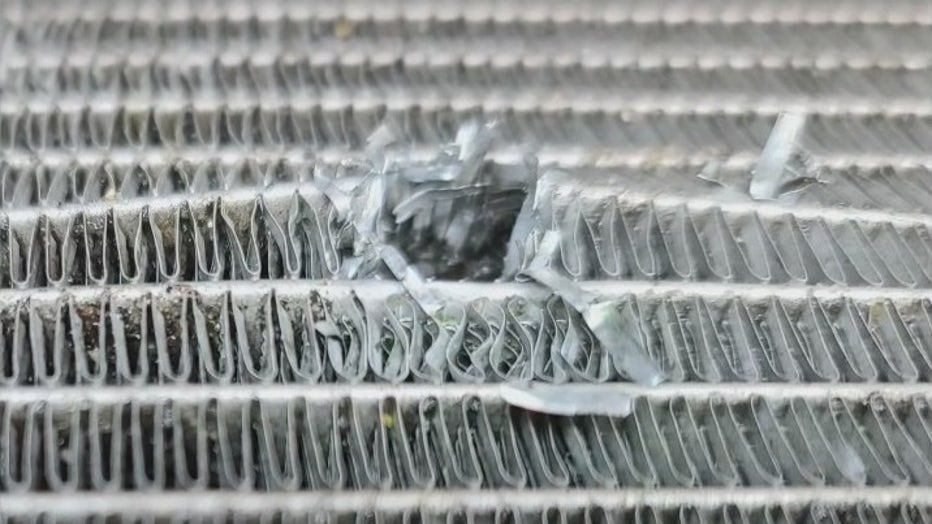 "It’s got to be a 40 caliber, because the size of the bullet," said Daise. "It’s a huge bullet hole. Who would want to shoot me? I don’t go anywhere. We stay home. How did I get the pick of the draw?"

Officials from the Galveston County Sheriff’s Office say one person was killed early in the morning on Dec. 26 after he was shot driving on Interstate 45 near FM 1764. This location is roughly 10 miles from where Daise believes his vehicle was shot.

So far, authorities haven’t publicly released the identity of the man killed Saturday. Officials aren’t sure if the two shootings are related.

If the shooter or shooters see this story, Daise has a message for them.

"He’s a coward," said Daise. "He’s committing crimes against people that did nothing to him. Now, a family has to suffer for what he did. I hope he rots in hell for it."