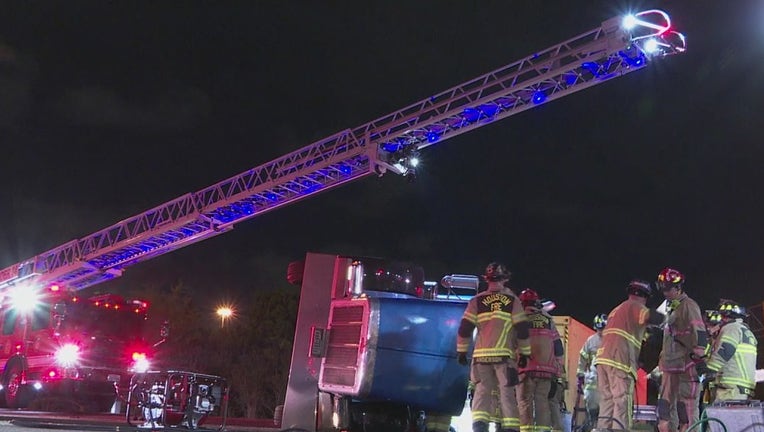 HOUSTON - The driver was taken to the hospital after an 18-wheeler overturned on the 610 North Loop.

The crash occurred around 3:30 a.m. Wednesday in the westbound lanes of the North Loop at I-45.

It took firefighters about 25 minutes to cut the driver from the cab. He was taken to a nearby trauma center.

A heavy-duty wrecker was used to upright the cab and trailer and move them off the freeway.

The Houston Police Department is investigating the crash.