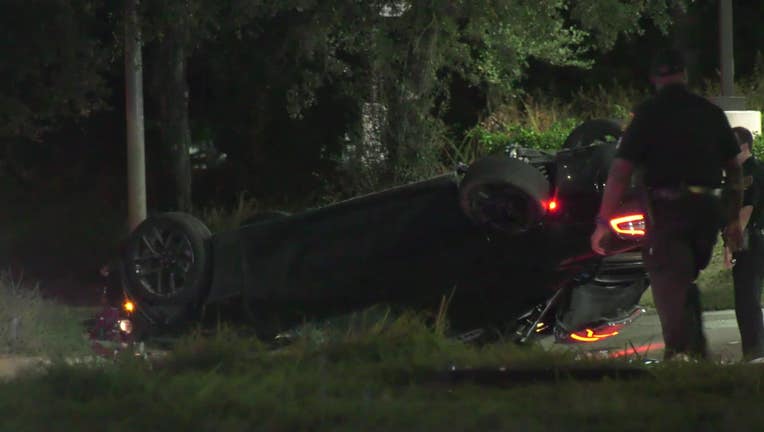 The Houston Police Department investigates a deadly crash on Clearwood.

HOUSTON - A driver fled after a crash that left a pedestrian dead and a car flipped on its roof, Houston police say.

Authorities are investigating the crash that occurred around 1:20 a.m. in the 9500 block of Clearwood Street.

Police say a Dodge Charger with four occupants was traveling down Clearwood from the freeway at a high rate of speed when it hit a light pole and flipped over.

In the process of that crash, police say a female pedestrian was struck. She died at the scene.

According to HPD, a woman driving the Charger ran from the scene after the crash. Authorities say the other three passengers in the car remained at the scene and said that they had just met the driver that night.

Authorities say the people in the car were coming from a club.

Anyone with information on the wanted driver is urged to contact the HPD Hit and Run Unit at 713-247-4072 or speak anonymously to Crime Stoppers at 713-222-TIPS.