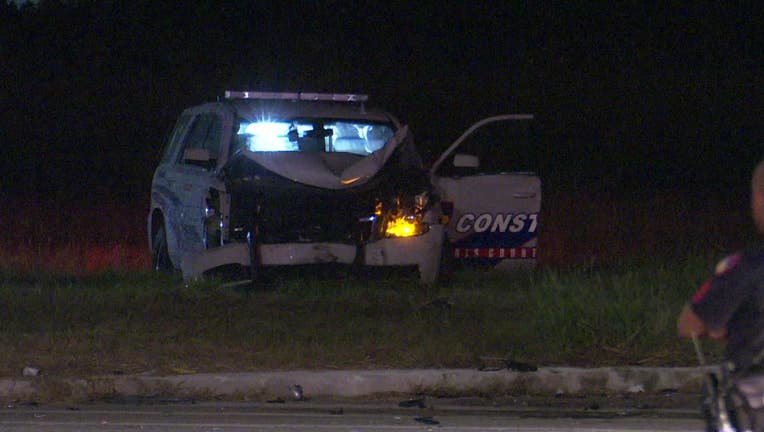 The Harris County Pct. 4 Constable’s Office says a driver died and a constable deputy was taken to the hospital after a two-vehicle crash Sunday night.

The crash occurred on the Beltway 8 service road at Hollister in northwest Harris County around 9:20 p.m.

The driver of the other vehicle has died. The constable deputy was taken to the hospital by ambulance.

In a message on Facebook, the Constable’s Office wrote, “Please pray for all involved.”