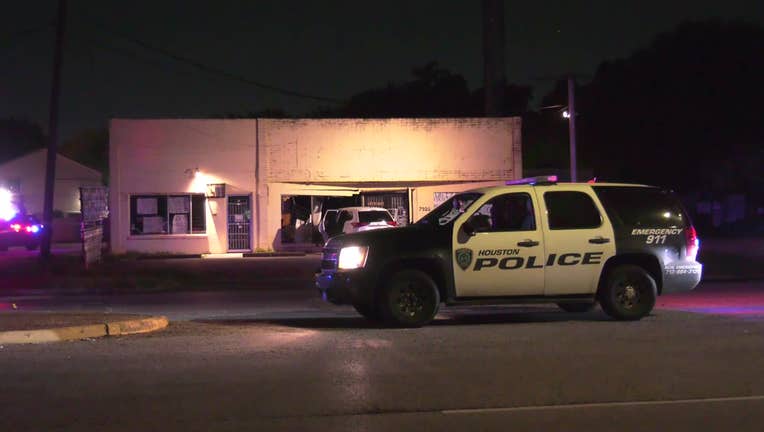 HOUSTON - Houston police believe a man was driving when he was shot by someone in another vehicle.

Around 12:37 a.m. Thursday, police responded to a call about gunshots heard in the area and found an SUV had crashed into the front of a business in the 7300 block of Cullen Blvd.

A man, in his late 20s or early 30s, was dead in the driver’s seat of the vehicle. A female passenger was uninjured, police say.

According to police, it is believed that the man was driving down Cullen Blvd. when another vehicle pulled up along the driver’s side. Someone in the second vehicle reportedly fired multiple shots.

There is no known motive or suspect at this time.