A man riding a mobility scooter was struck by a vehicle and died at the hospital.

HOUSTON - Police say an intoxicated driver hit and killed a man who was riding a mobility scooter in southwest Houston.

Carlos Lopez-Obispo, 57, was arrested and charged with intoxication manslaughter. 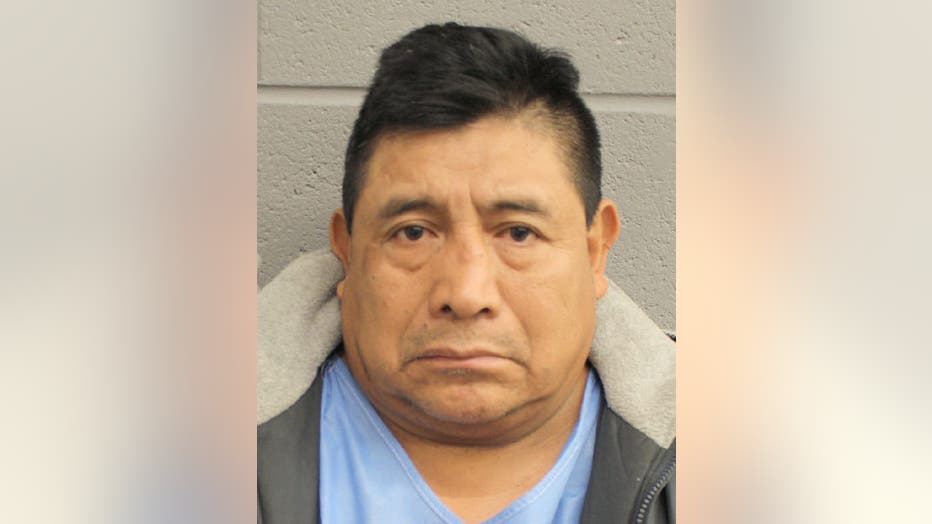 Carlos Lopez-Obispo, 57, who is now in jail and charged with intoxication manslaughter. (Houston Police Department)

The crash occurred at Bellaire Blvd and Atwell Drive around 8 p.m. Thursday.

According to authorities, the pickup truck left the roadway, hit a bus stop, went into a crosswalk and hit a man who was crossing the street on a mobility scooter.

The man on the mobility scooter was taken to the hospital, where he later died.

The driver of the pickup truck was also taken to the hospital.

Police say the driver of the pickup truck showed some preliminary signs of intoxication, and DWI officers went to the hospital to investigate.

Lopez-Obispo has now been charged and is in jail.

MORE: Keep up with local news