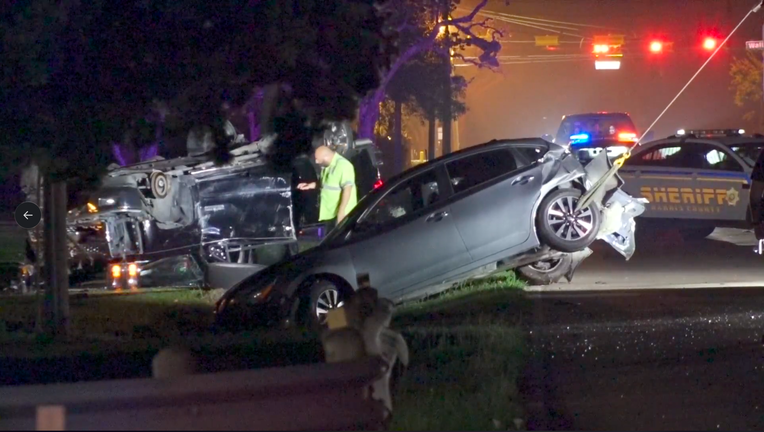 Harris County Sheriff's Office responded to the scene in the 8200 block of Wade Road.

According to HCSO, a pickup truck was driving north when it struck a vehicle that was backing out of a driveway.

That's when the pickup overturned and the sedan was thrust into a ditch.

Both occupants are stable and expected to survive.

Sheriff Ed Gonzalez initially tweeted about the incident suggesting there were ejections in the crash, but it appears there were no ejections.

It's reported that the driver of the truck is suspected of DWI.