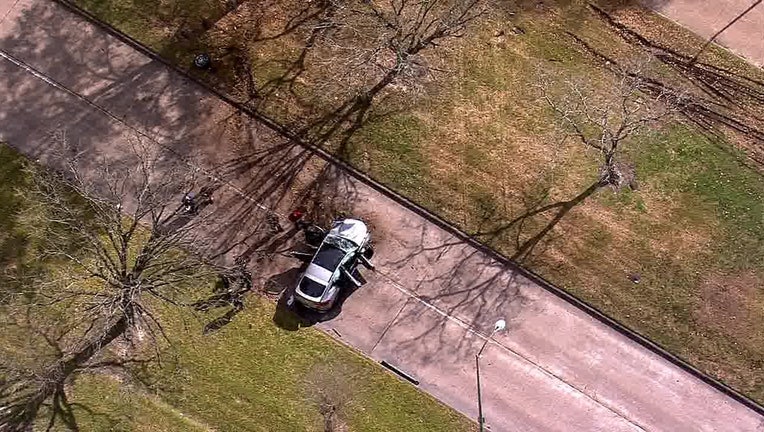 The Houston Police Department investigates a crash on S. Braeswood in southwest Houston.

HOUSTON - Police say a driver and two young children were taken to the hospital after a crash in southwest Houston.

Authorities say the officer was searching the area for the vehicle, and shortly after, a call dropped about a crash. A single vehicle had struck a tree.

According to Houston police, officers arrived on scene and realized it was the car that the officer had lost sight of earlier.

All three people in the car — the driver and two kids — were taken to the hospital.

Police said there were no child car seats in the vehicle.

Accident investigators and the District Attorney's Office are on the scene investigating.