Hold off before throwing that porch pumpkin into the trash along with Halloween candy wrappers. Those jack-o’-lanterns don't have to end up in the local landfill.

Consider composting pumpkins in the garden, donating them to community gardens, farms or even a zoo, or simply leaving them as a snack for backyard wildlife.

Gardeners can add pumpkins to the compost pile after removing any remaining seeds and being sure to cut off decorative material such as glitter, paint, stickers and candle wax. Slice the pumpkin into smaller pieces, scatter and bury them into the pile. And don’t worry if the pumpkin has already started getting moldy — those microorganisms aid the composting process. 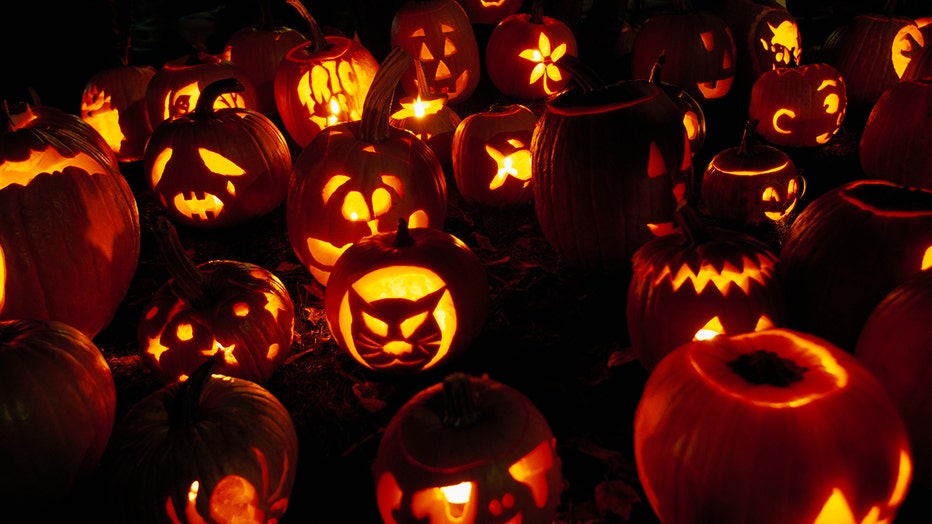 Pumpkins, other vegetable scraps and grass clippings in compost piles are high in nitrogen. Provide equal or higher amounts of carbon-based materials such as leaves, sawdust, wood chips or cardboard. Occasionally add water to the compost pile. Turning it over with a rake or pitchfork ensures that oxygen is mixed in.

Some community gardens accept pumpkins and other food scraps to add to their compost piles.

RELATED: Why do we carve pumpkins on Halloween?

Or consider that pumpkin as a meal for a host of animals at a local farm, zoo or sanctuary. The group Pumpkins for Pigs has an interactive U.S. map of places that accept donations of uncarved, undecorated pumpkins.

Homeowners also may consider feeding the wildlif e that hang out in their neighborhoods, especially when those old pumpkins are offered with other fruit. Salvaged pumpkin seeds are a tasty treat for a wide variety of birds such as cardinals, sparrows, finches and chickadees, including when mixed with other seeds such as sunflowers.