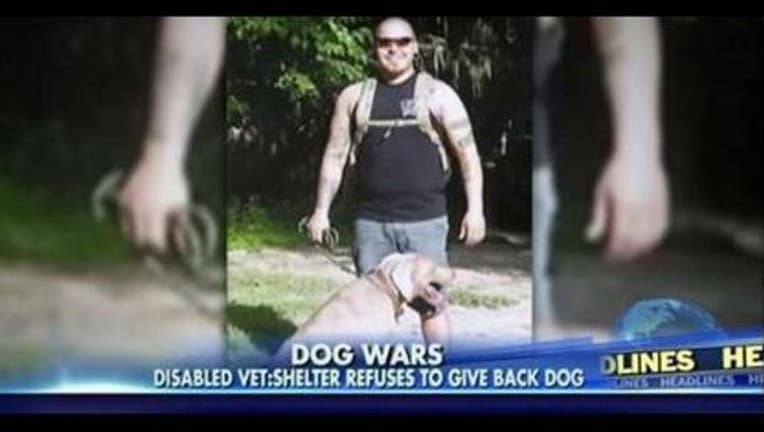 SAN ANTONIO - A disabled Army veteran said a San Antonio shelter refused to return him his dog that had gone missing despite photographic evidence.

Luckily, he was found by a good Samaritan and turned over to a rescue group.

But even after being shown a photo of the pair, the group wouldn't release the dog, saying that they needed more proof, like a veterinary bill.

Astorga, who served nine months in Afghanistan, said that Smokey is his only cure for PTSD, that the dog wakes him up when he's having nightmares.