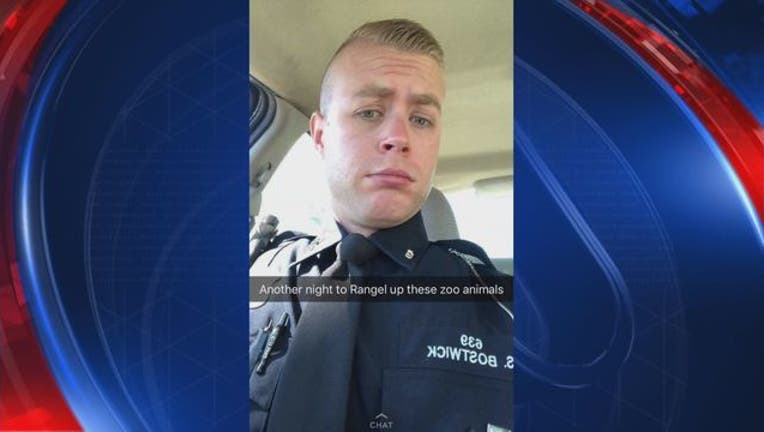 DETROIT (WJBK) - A Detroit police officer has been fired over a post he made on Snapchat.

The snap in question is a selfie of Officer Sean Bostwick, in police uniform, with the caption reading, "Another night to Rangel up these zoo animals [sic]."

It's unclear when the officer allegedly posted the snap but the post began getting attention this weekend on social media. Many believe the officer should be fired.

Detroit Police confirmed to us on Sunday he's been suspended and they're actively investigating the post.

Chief James Craig spoke with the media about the post and announced Bostwick was fired from the department. expected to speak about the post Monday at 1 p.m. You can watch a livestream when his press conference begins on FOX 2 News Now live on our Facebook page.