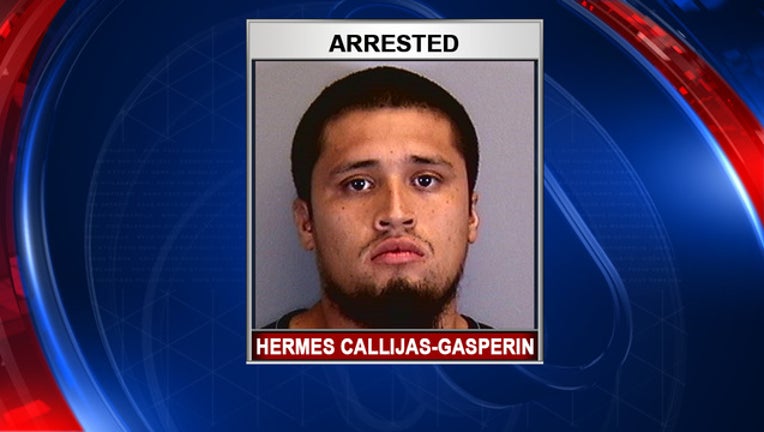 BRADENTON (FOX 13) - A Manatee County man is behind bars for assaulting his mother with a can of food and some sausages.

According to the sheriff’s office, it was last Monday when deputies were called to the 14th Street West home that Hermes Callijas-Gasperin shares with his mother.  She told them that she had been in the kitchen with the 22-year-old when he began asking for food.

She told him to wait, but that’s when he allegedly got angry and threw a can and some sausages at her, then grabbed her by the neck.

The woman said a sausage hit her in the eye, but otherwise she was not hurt.  Deputies noted, though, that she did have "visible injuries" from prior confrontations with her son.

Callijas-Gasperin, meanwhile, allegedly told deputies that he hadn’t done anything wrong and that he would not have tossed the sausages if his mother would have said "sorry.”

He was charged with domestic battery and is being held on a $750 bond. He was also ordered to stay at least 500 feet away from his mother if he bonds out.