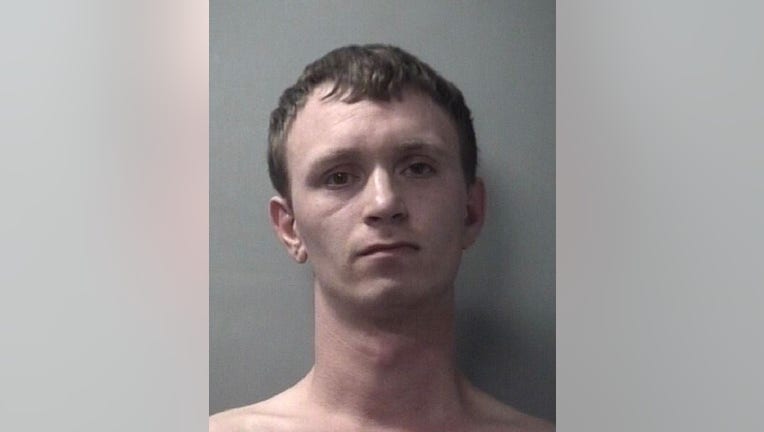 HARRIS COUNTY, Texas - A Deer Park man is facing charges after admitting to tracking victims and stealing over three dozen pairs of women’s underwear, according to court documents.

Jacob Davidson, 29, is charged with three counts of burglary of a habitation.

Court documents state all the burglaries happened at the same apartment complex, located in the 7800 block of Spencer in Harris County.

The first burglary occurred on June 9 around 5:30 a.m. The victim stated that Davidson entered her apartment through the front door, causing damage to the doorframe, and stole 30 pairs of women’s underwear, makeup and brushes, and an unknown amount of women’s clothing.

The second burglary occurred just three days later, where the victim stated that Davidson broke into her apartment and stole 10 pairs of women’s underwear, women’s makeup, $500 in cash, as well as an unknown amount of women’s clothing.

The final burglary happened several weeks later, where the victim reported Davidson entered her apartment through the front door by using a key accidentally left outside of the apartment. The victim stated Davidson took at least 15 pairs of women’s underwear, miscellaneous women’s makeup and brushes, eight bras, 12 swimsuits, an unknown amount of women’s clothing, and a dirty clothes hamper with some of her 6-year old daughter’s dirty clothes, according to the court document

Authorities said that during an interview with the 29-year-old, he admitted to committing all three burglaries. He also included specific details of each burglary to corroborate that he was present and provided items he admitted to taking during the burglaries.

Court records also stated Davidson confessed to following the victims to learn their patterns and their vehicles and targeted them specifically for their clothing items. He said to authorities that he wrote four letters, one for each burglary victim and one for the apartment complex management. In the letters, Davidson documented why he committed the burglaries and took the clothes and why he was unable to return some of the items. He even offered to pay for the items if the victims would not pursue charges against him.