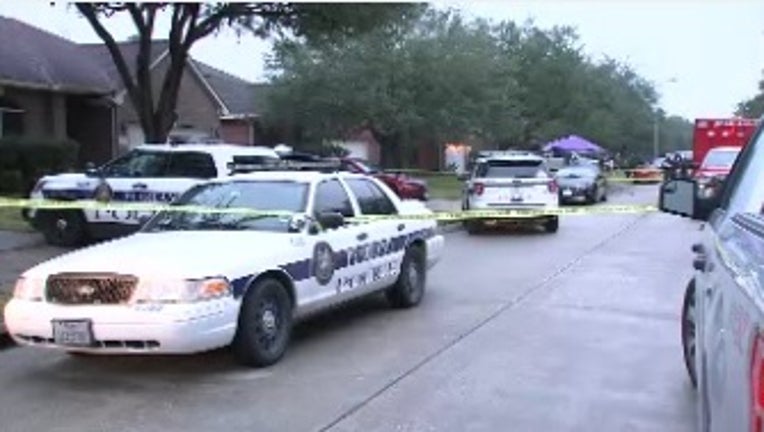 PEARLAND, Texas - Authorities are on the scene of a deadly officer-involved shooting in Pearland.

Details are limited but Pearland Police said the incident took place in the 1100 block of Sussex Trail just after 3:15 p.m.

Police said they were called out to the area in reference to a weapons incident.

According to a release, dispatch advised the caller was reportedly being held at gunpoint by her neighbor.

That’s when officers arrived on the scene and were met by an armed suspect.

Police said an officer-involved shooting occurred and the suspect was pronounced dead on the scene.

We’re told no officers or citizens were injured.