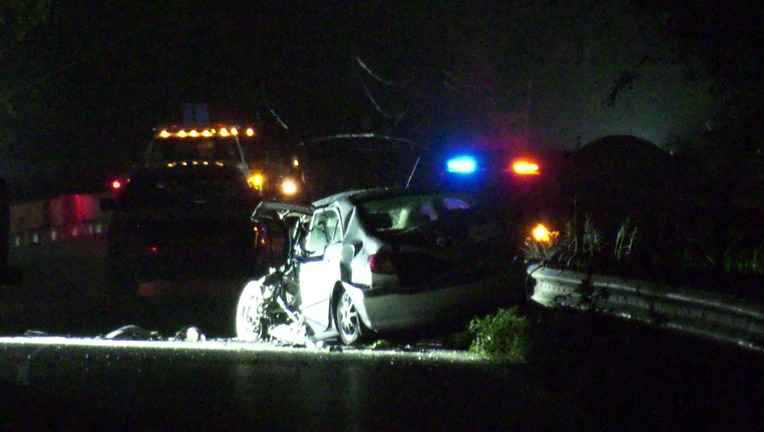 Officials said the crash occurred on the 700 block of Beaumont Highway just after 7:30 p.m.

A witness, who was in another vehicle, stated she saw the Dodge truck traveling at a high rate of speed behind her.

That’s when, authorities said, the Dodge truck merged into the westbound lanes as it was trying to pass the witness vehicle.

Authorities said the Dodge truck and Corolla made contact with the driver’s door.

The witness stated that the driver of the Dodge Ram and possibly two passengers exit the truck and got into another vehicle.

That vehicle fled the scene and those occupants failed to render aid, authorities said.

The driver of the Toyota Corolla was pronounced dead at the scene.