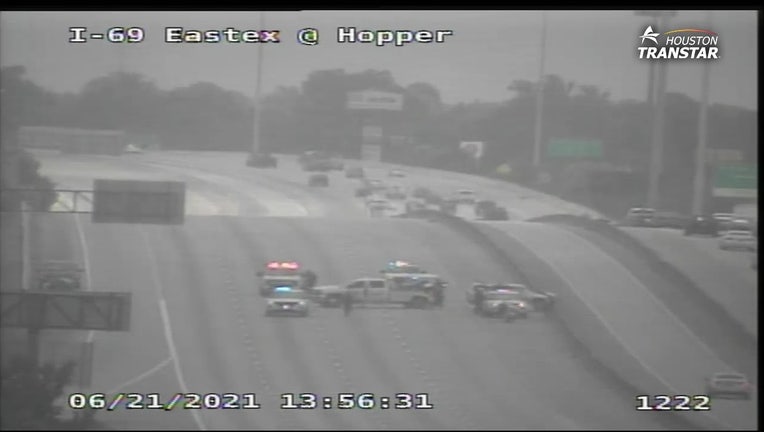 HOUSTON - A deadly crash in north Harris County is expected to have southbound lanes of the Eastex Freeway shut down for a few hours.

The crash occurred near Hopper Road on Monday. Sheriff Ed Gonzalez says the lanes will be closed for about two hours.

Witnesses reportedly pulled the driver out of the vehicle and administered CPR, but the driver succumbed to injuries at the hospital.

The roads have since been reopened.