AUSTIN, Texas - Republican Dan Patrick has been reelected to another term as Texas lieutenant governor. 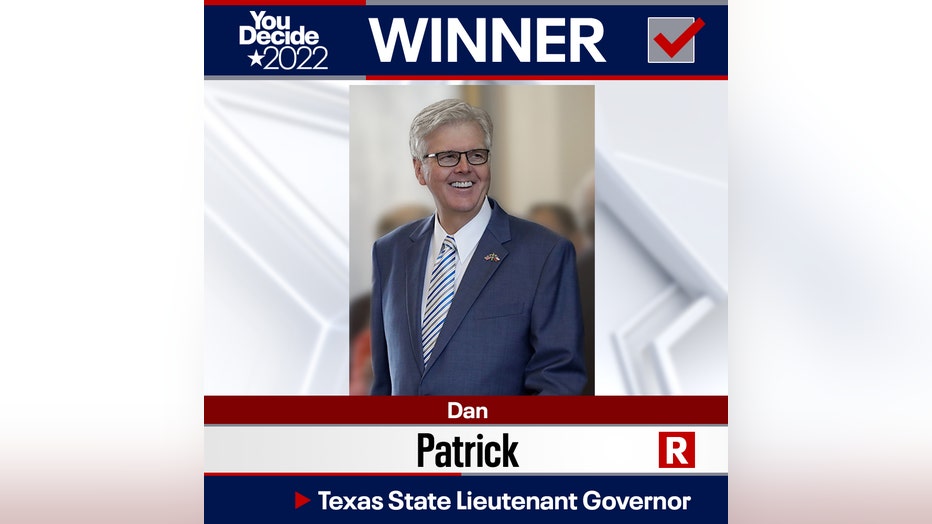 This will be Patrick's third term, he has served as lieutenant governor since Jan 20, 2015.

Going into election day, polls showed Patrick with a sizable lead over Collier.

Patrick, who received the backing of former President Donald Trump, spent a great deal of time campaigning in rural areas of Texas, typically a stronghold for Republicans.

Patrick will be sworn in for his third term in office on January 17, 2023.

What does the Texas Lieutenant Governor do?

Lieutenant governor races are held every 4 years. There are no term limits for the position.