A decorated Navy SEAL officer, Crenshaw was first elected into the position in 2019. He won in the 2018 general election against Todd Liton, Patrick Gunnels, and Scott Cubbler. 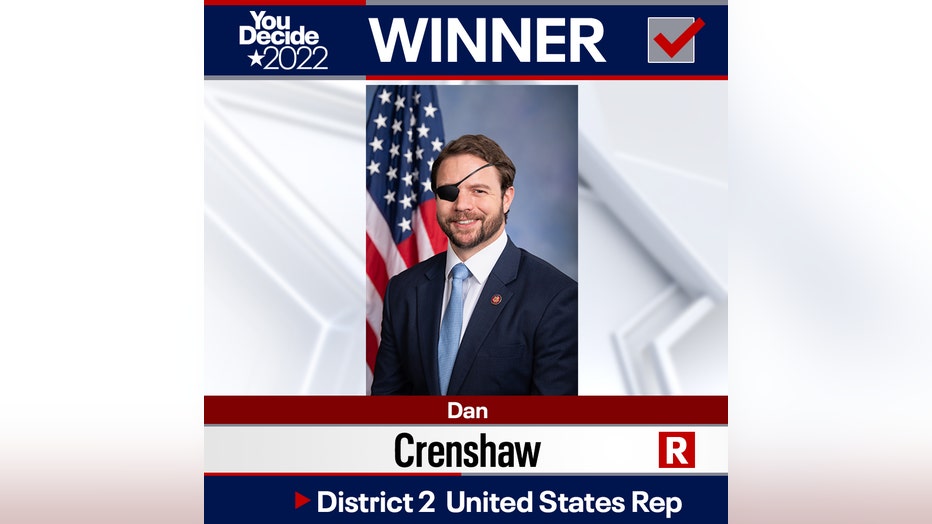 Crenshaw focused his campaign on being a leader of values and upholding the nation's security.