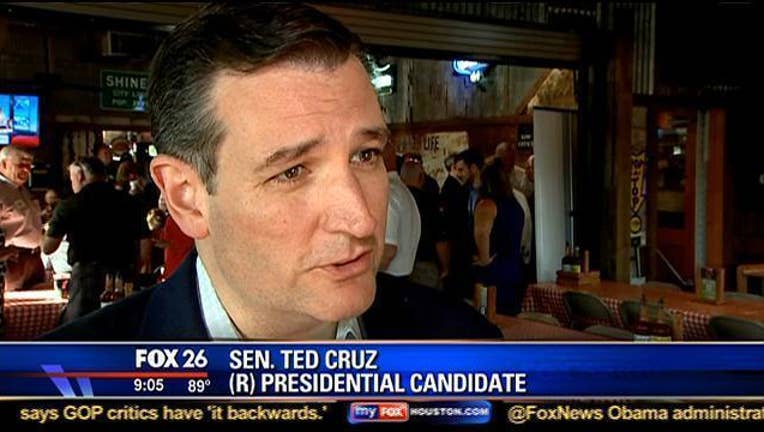 Presidential Candidate Texas Senator Ted Cruz shook hands with supporters at Rudy's Bar-B-Q in Katy tonight. But he didn't limit his time to glad-handing and small talk. He spoke to Fox 26 about his thoughts on a variety of issues, including the Iran nuclear deal and Planned Parenthood taxpayer funding.

The Iran nuclear deal has no shortage of critics, but Cruz stood by his statement that: "if this deal goes through, without exaggeration the Obama administration will become the world's leading financier of radical Islamic terrorism."

Cruz was unwavering, saying: "if this Obama nuclear deal goes through, over 100 billion dollars will flow into Iran, and they will pass substantial portions of that money on to...radical Islamic terrorists."

He was equally passionate about the recent Planned Parenthood undercover videos, captured by anti-abortion activists, which appear to show  administrators selling the organs and tissues of fetuses. Lamenting a failed amendment he proposed last week on the matter, Cruz said, "We need to cut off the funding for Planned Parenthood, now...we now have senior Planned Parenthood officials, caught on video laughing, swirling chardonnay, and bartering and selling the body parts of unborn children. It's heartbreaking, it's callous.  It is a felony, with serious jail terms to sell the body parts of unborn children that's what planned parenthood is caught doing."