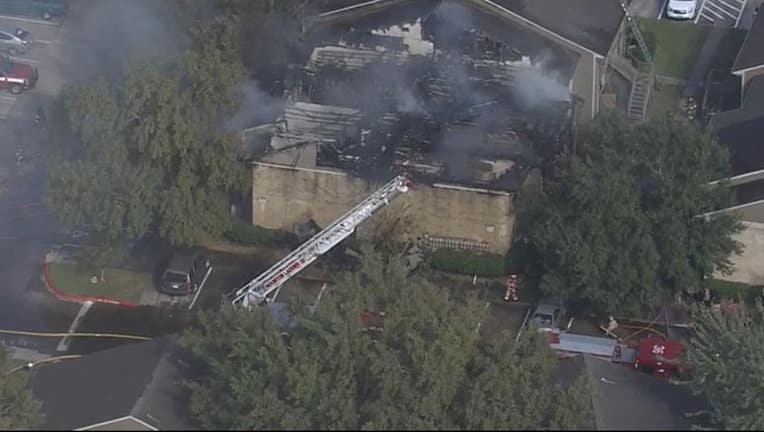 The Houston Fire Department on the scene of an apartment fire in southeast Houston.

HOUSTON - At least 15 families have been displaced after an apartment fire in southeast Houston on Thursday afternoon.

Firefighters from 39 Houston Fire Department units controlled the two-alarm fire in the 7900 block of Bellfort Street.

SkyFOX aerials showed the roof burned off of a section of a building. 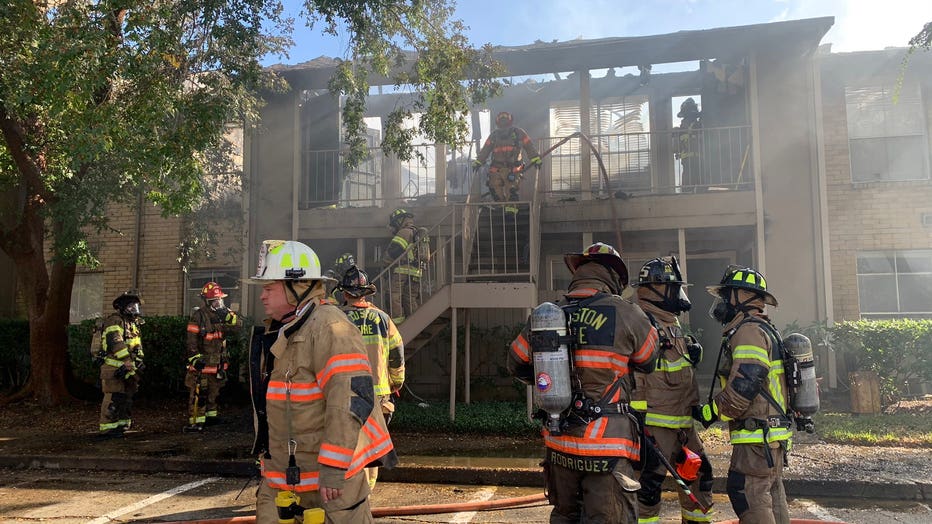 The fire department reported that at least 15 units have been impacted due to either power outage to the building, smoke, and/or fire.

One resident escaped by jumping through their window.

The American Red Cross has been requested to assist the residents. 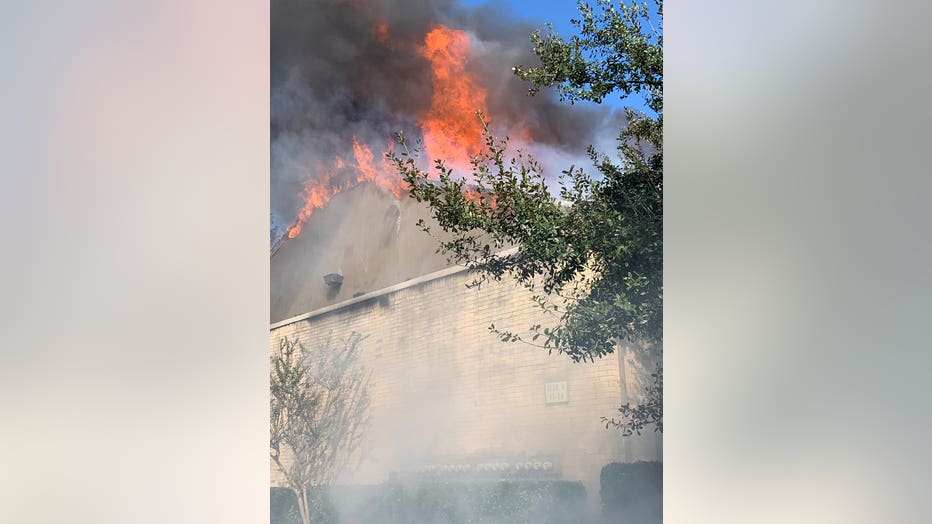 One adult male has been transported to a nearby hospital.

The cause is currently under investigation by HFD Arson investigators.