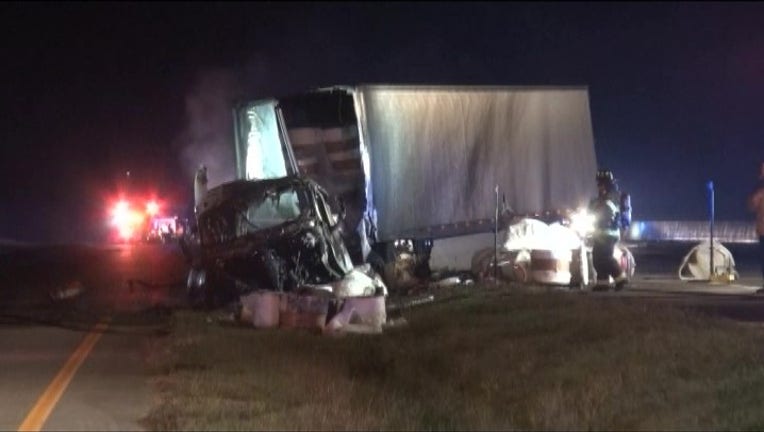 Firefighters on the scene of a fiery wrong-way crash on I-45 in Montgomery County.

A wrong-way driver died in a crash with an 18-wheeler on I-45 in Montgomery County, Conroe police say.

The crash occurred shortly before midnight on Wednesday in the southbound mainlanes of I-45 near FM 830.

According to Conroe PD, a driver was traveling northbound in the southbound lanes and struck an 18-wheeler head-on.

Authorities say the 21-year-old wrong-way driver died in the crash.

The cab of the 18-wheeler caught fire, but the driver was reportedly able to escape with minor injuries.

The southbound mainlanes of I-45 were closed following the crash, but the roadway reopened fully before 6 a.m.