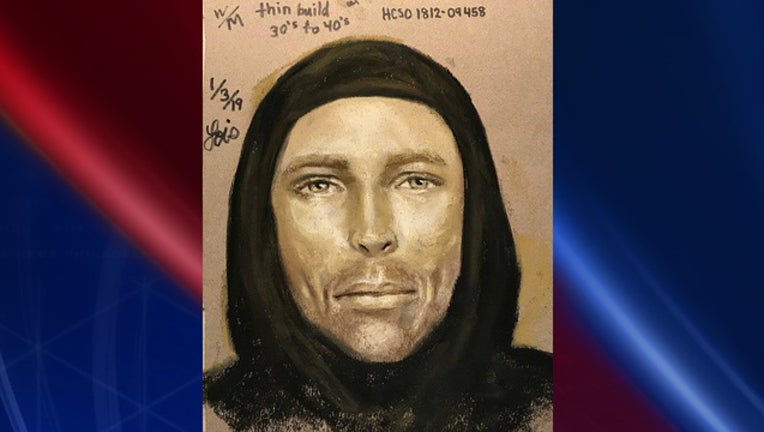 The sheriff's office released this sketch of the man suspected in the deadly shooting of 7-year-old Jazmine Barnes in northeast Harris County on December 30, 2018.

HOUSTON - Investigators now say that they've received many potential leads since releasing the suspect sketch in the Jazmine Barnes murder case. The Harris County Sheriff's Office released a composite sketch of the man suspected in the deadly shooting of 7-year-old Jazmine Barnes on Thursday.

Jazmine Barnes was shot and killed while traveling in a car on the East Sam Houston Parkway feeder at Wallisville Road Sunday morning.

Deputies say a man in a red pickup truck opened fire on the car Jazmine was in with her mom and three sisters.

The man is described as a thin white male in his 30s or 40s.