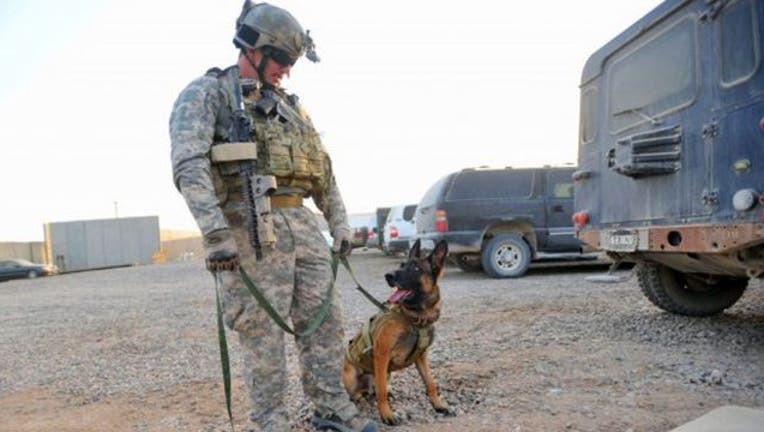 A bomb-sniffing combat dog named Mike survived two tours of duty in Iraq but not the streets of a bucolic little town in Wyoming.

The 9-year-old Belgian Malinois was shot and killed in Powell last Saturday by a bicyclist who said he was attacked, leaving Mike’s devastated owner Matthew Bessler, a retired Army Ranger, wondering how he is going to deal with his combat-related injuries alone.

“I raised him as a puppy, and the ability he has to sense some of the issues that I have with seizures, with my PTSD (post traumatic stress disorder), my TBI (traumatic brain injury) and severe anxiety disorders, how he can calm me down just by being in my presence,” Besseler told the Billings Gazette Friday. “He can help take the focus and help change the focus of what’s going on with me and help me calm down or relax me.”