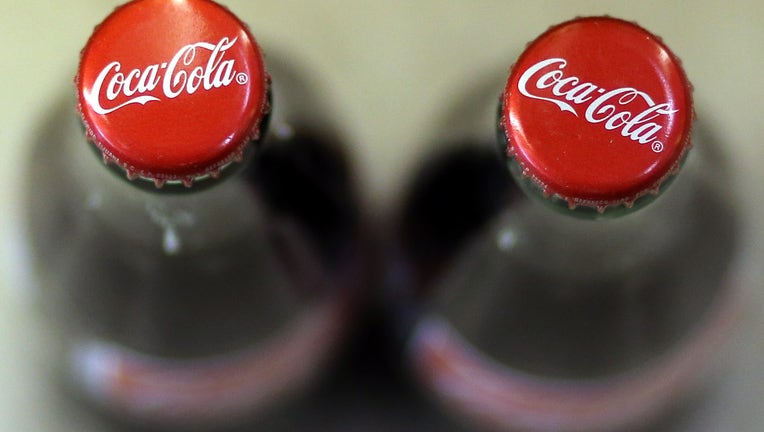 Bottles of Coca Cola are displayed at a market on April 16, 2013 in San Francisco, California. Share prices of Coca Cola Co. surged as much as 5.8% today after the company reported better than expected first quarter profits. The stock surge is the la ((Photo by Justin Sullivan/Getty Images))

The new beverage, which will be available on North American shelves on February 21, will be "reminiscent of stargazing around a campfire, as well as a cooling sensation that evokes the feeling of a cold journey to space", according to Market Watch.

Starlight will feature a reddish color and will be available in some locations in a zero-sugar format.

"Coca-Cola Creations aims to surprise, delight and engage global audiences through magical and unexpected tastes, moments and collaborations – something we know our fans have come to expect from us," Oana Vlad, senior director of global brand strategy at Coca-Cola, said in a statement.

Coca-Cola’s revenue rose 10% to $9.5 billion in the October-December period. That beat Wall Street’s forecast of $8.98 billion, according to analysts polled by FactSet.

For the first time since the pandemic began, the volume of Coke products being sold for use outside of the home in the fourth quarter exceeded the levels recorded in 2019, the company said.

Coke said it expects to deliver adjusted revenue growth of 7% to 8% this year, ahead of its typical forecast of 4% to 5%. Chairman and CEO James Quincey said that’s partly due to markets reopening around the world, but also because of planned price increases to offset rising costs for commodities like sugar and aluminum cans as well as transportation.

Associated Press contributed to this report