The Harris County District Attorney's office announced that they have dropped 796 charges against protesters.

The DA's office says prosecutors divided the 796 cases between people who sought to do harm others and property and people who were arrested for simple civil disobedience. They began filing motions to dismiss before sunrise Tuesday.

The cases dismissed were for non-violent misdemeanor offenses, mostly obstructing a highway and trespassing.

“The job of the prosecutor is to seek individualized justice in every case,” Ogg said. “While probable cause existed for the arrests of those people who refused to disperse after being ordered to do so by police, our young prosecutors worked hard to identify the few offenders who came to inflict harm on others and intentional damage to property.” 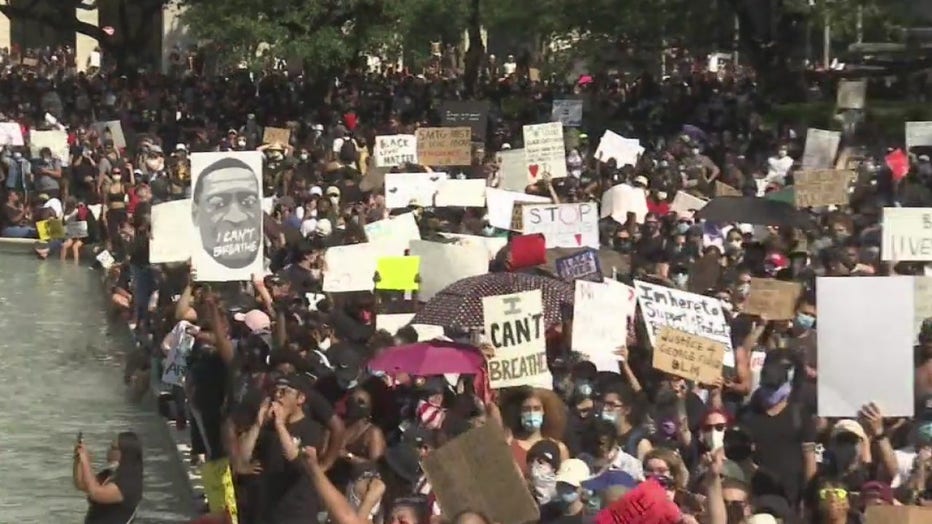 Only 51 adults and one juvenile now remain charged with active cases. These cases include 35 misdemeanor charges and 19 felony charges; charges such as weapons offenses and aggravated assault of a peace officer.

“With so many professionals wanting to contribute, I am confident that the criminal defense bar will volunteer their services to clean up the criminal records of all involved,” Ogg said.

“We will always protect the First Amendment rights of peaceful protestors,” Ogg said. “The only people I will be prosecuting are those who intentionally hurt others and intentionally destroy property.”