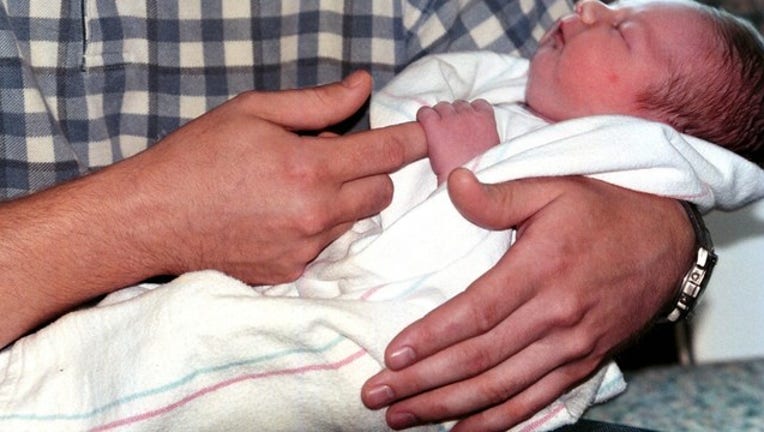 ORLANDO, Fla. (AP) - Fathers in the U.S. tend to be better educated than men without children, and relatively few men have children over age 40.

These are some of the conclusions in a report released this week by the U.S. Census Bureau, just in time for Father's Day.

The data in the report come from 2014 when the bureau for the first time asked both men and women about their fertility histories. The goal of the report was to shed greater light on men's fertility, a topic less known than that of women's fertility, according to the Census Bureau.

"In recent decades, there has been growing public and academic interest in fathers and fatherhood given the importance of fathers in children's lives," the report said.

About three-quarters of fathers were married. Almost 13% of dads were divorced and 8% had never been married.

Just under a quarter of U.S. men between ages 40 and 50 were childless, and about 17% had never been married by the time they were in their 40s. Both figures were noticeably higher than for women who had reached middle age. Just under 16% of women between ages 40 and 50 were childless, and 14% had never been married, according to the report.

There were also noticeable differences in workforce participation between fathers and mothers with young children. Nearly 90% of fathers whose youngest child was under age 6 were employed, while that figure was only around 60% for mothers, according to the report. There was no difference between the sexes for childless men and women.

Men with children tended to be more educated than those without kids, although the report noted that may be the result of age since the chances of becoming fathers and reaching higher-education levels increases with age.

Almost 30% of Hispanics in their 20s were fathers. That was true for about a quarter of black men, more than a fifth of white men and an eighth of Asian men.

By the time men were in their 40s, those disparities had narrowed. More than 83% of Hispanics were fathers, around 80% of black and Asian men were dads and around three-quarters of white men were fathers.