Celebrating our diversity through the arts

The Magnolia Grown Art Gallery is filled with works of art, each picture tells a story. In one of the only Chicano galleries in Houston Richard and Jesse Rodriguez are on a mission to reignite the Chicano art movement in of of the oldest Hispanic neighborhoods in Houston, Magnolia Park.

The art scene in Houston is thriving with artists devoted to bringing their vision to life by telling the stories of their communities and their culture.  From paintings and performances to sculptures and photography, Houston is often referred to as the art mecca of Texas, with a lot of culture to offer.  Houston’s downtown Theater District spans 17 blocks and has nearly 13,000 seats in that area along, but beyond the skyscrapers of downtown, a diverse array of smaller theaters and galleries offer a unique blend of cutting edge performing and visual arts in a variety of settings. 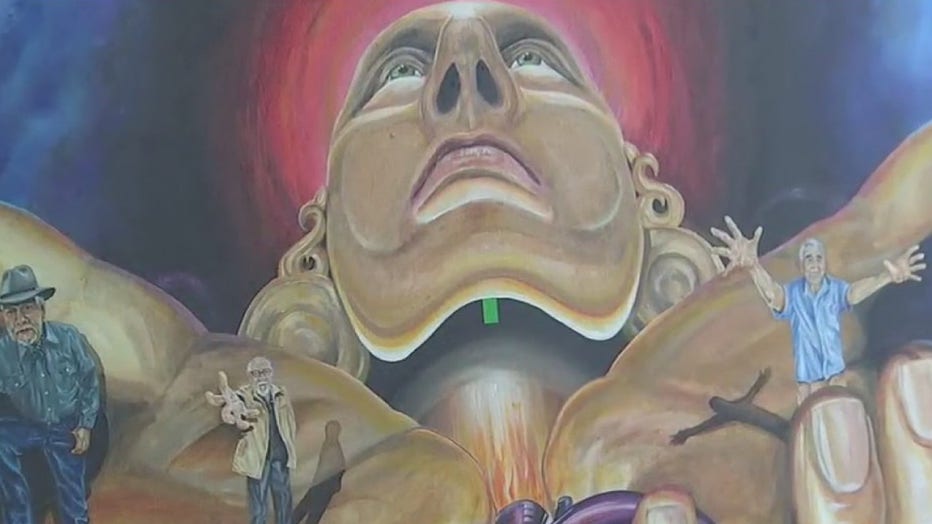 The Magnolia Grown Art Gallery is filled with works of art, each picture tells a story. In one of the only Chicano galleries in Houston Richard and Jesse Rodriguez are on a mission to reignite the Chicano art movement in of of the oldest Hispanic neighborhoods in Houston, Magnolia Park.

Jesse Rodriguez explains, “It took so many years for our people to be accepted into society, so we do it through art, we show our feelings we show our family history we show our past, the people that fought for us a long time ago, so we put it on paper. We’re trying to establish a place to hold all out art, our family documentations, our family photos.

Richard Rodriguez is the co-producer of the gallery, “Art tells the story of community and culture, long after people lose their written language, sometimes the only thing that’s left is the art they leave behind. It’s timeless, it’s a small snapshot in time.”

The Latino culture is just one of many celebrated through art around town. The Asia Society has created a platform for pan-Asian cultures including India, China, the Middle East, Thailand, and even Australia and New Zealand. There’s always something to learn about each culture, whether it’s through art, games and crafts or workshops and festivals.

Marketing and Communications Vice President, Joy Partain talks about the variety of cultures, “We are a very tolerant and understanding city but that doesn't mean there isn't still room to grow in that area. And so we want to be a place where people can learn, dialogue, ask questions that they have. Figure out what, maybe notions they had ahead of time aren't necessarily true and be delighted by learning new things.”

Less than two miles away from the Asian Center is a remarkable theatre that has been capturing the essence of African American culture for decades.

The Ensemble Theatre was founded in 1976 by the late George Hawkins to preserve African American artistic expression and enlighten, entertain and enrich a diverse community. Influenced by the African American Theatre Movement of the 1960s and 70s, George Hawkins observed that professional roles were few and far between for black actors, and his frustration led him to create his own company, then known as The Black Ensemble Company. Hawkins’ goal was to create a theatre that would provide diverse roles for black artists. Determined to move his theatre in a direction different from other mainstream theatres, Hawkins focused on themes about black life.

“The story may come from an African American perspective, but it's a story that can touch all human beings because of the human dynamics that take place within the story,” Eileen J. Morris the company’s Artistic Director elaborates, “The plays themselves are a complete education we have dialogue exchanges for the audiences to ask questions about what it is that we're doing and what that story is saying.”

No matter what the art form the diversity of Houston cultures and artists offers something for everyone to engage in and appreciate.

Asia Society Texas Center is a non-partisan organization, dedicated to building bridges for a better understanding among the peoples, leaders, and institutions of Asia and the West. The Brown Foundation Performing Arts Theater is an important hub of activity at the Texas Center, serving as the home for dance performances, concerts, theatrical productions, film screenings, and author presentations. Exhibitions on view span cultures, centuries, and a variety of artistic forms, offering visitors a unique perspective into the talents and traditions of artists around the world. Exhibitions in the Louisa Stude Sarofim Gallery and Fayez Sarofim Grand Hall rotate throughout the year, while a permanent exhibition, Relatum — signal by Korean artist Lee Ufan, is on view in the Texas Center’s Allen Sculpture Garden.   The Asia Society Texas Center is located in the Museum District at  1370 Southmore Blvd., Houston, 77004