A car crashed into the side of Brothers Taco House during a pursuit with Houston police.

HOUSTON - A police pursuit ended with a car crashed into the side of a restaurant in east Houston.

The pursuit began around 3:45 a.m. Wednesday when officers responded to a burglary call.

When the suspects saw the HPD unit drive up, they reportedly jumped into their car and sped off.

A pursuit began and went down I-45. The suspect vehicle exited the freeway and later crashed into the side of the restaurant in the 1600 block of Emancipation Avenue. 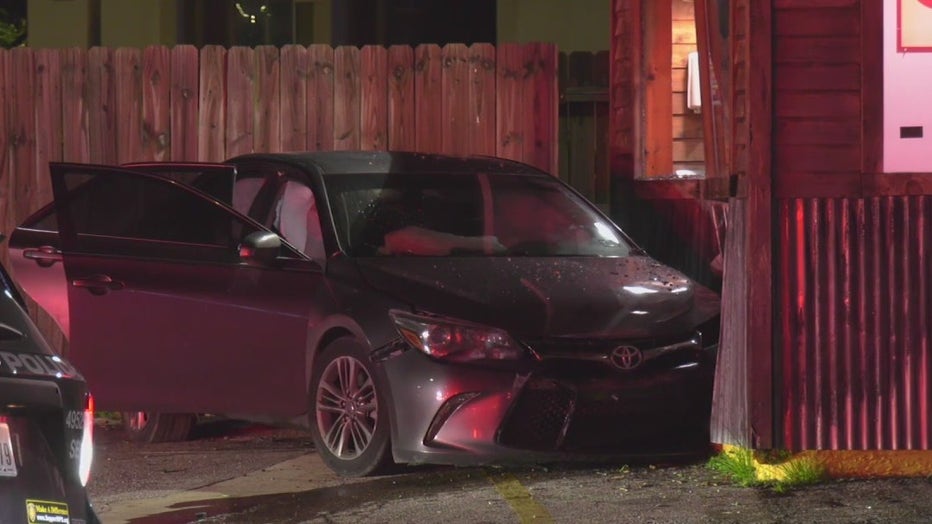 The Houston Police Department at the end of a pursuit on Emancipation Ave.

Authorities say the two suspects fled on foot but were located and taken into custody. One suspect reportedly had minor injuries from the airbag.

Police say an HPD unit also crashed at the end of the chase, but the officers did not sustain any injuries.