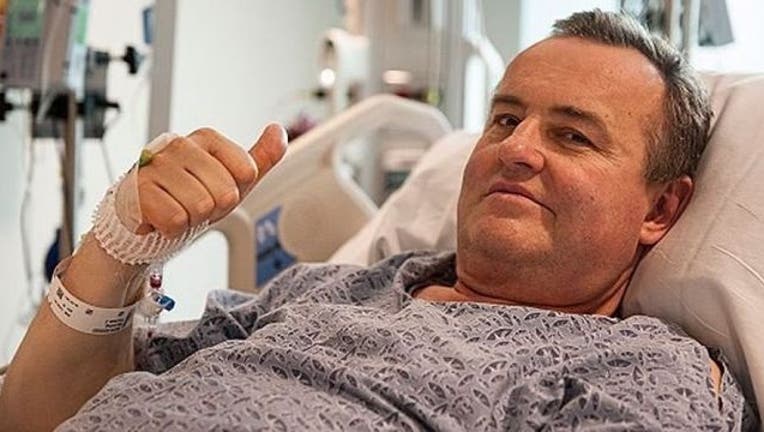 BOSTON (AP) — A 64-year-old cancer patient has received the first penis transplant in the U.S. and is recovering well from the delicate surgery, doctors said Monday.

Thomas Manning of Halifax, Massachusetts, underwent the 15-hour procedure last week at Massachusetts General Hospital. The organ was taken from a dead donor.

Surgeons on the transplant team said at a news conference that there are no signs of rejection or infection and that they are cautiously optimistic Manning will regain the function he lost in 2012 when cancer led to an amputation of the penis.

"He was up and out of bed this morning," said Dr. Curtis Cetrulo, who was among the lead surgeons on a team of more than 50 that worked on the procedure. "He's handling it very well."

Manning, who is not married, told The New York Times that the amputation had made new relationships impossible and that he hopes to have a love life again. The newspaper first reported the transplant.

Manning did not appear at the news conference but said in a statement: "Today I begin a new chapter filled with personal hope and hope for others who have suffered genital injuries. In sharing this success with all of you, it is my hope we can usher in a bright future for this type of transplantation."

Cetrulo said the surgery had three key aims: ensuring the transplanted penis looks natural, is capable of normal urination and eventually can achieve normal sexual function. Reproduction won't be possible, however, he said, since Manning did not receive new testes.

Most of Manning's penis was removed after penile cancer was discovered following a work-related accident in 2012.

The New England Organ Bank said that the donor's family wishes to remain anonymous and is praying for Manning's speedy recovery.

Dr. Dicken Ko, who directs the hospital's urology program, said that the focus of future such operations is, for now, on cancer and trauma patients but that operations on transgender people are possible.

"We have a lot to learn from this procedure before we can make that kind of leap," he said.

Cetrulo said there is demand for such transplants from seriously injured soldiers returning from the fighting in the Middle East, where roadside bombs have inflicted devastating wounds.

"This could be life-saving," he said. "These patients are very depressed. They don't have much hope for intimacy and they sacrificed so much for this country."

Cetrulo said there are no immediate plans for another penis transplant.

It took three years of preparation, including operations on cadavers, before the team was ready to perform this operation.

The world's first penis transplant was performed at the University of Stellenbosch in South Africa in 2014. That patient had his penis amputated three years earlier after complications from a circumcision performed in his late teens.

The university near Cape Town said in announcing the transplant in 2015 that the unidentified, 21-year-old patient made a full recovery and regained all function in the transplanted organ.

A man in China received a penis transplant in 2005. That operation also appeared to be successful, but doctors said the man asked them to remove his new penis two weeks later because he and his wife were having psychological problems.