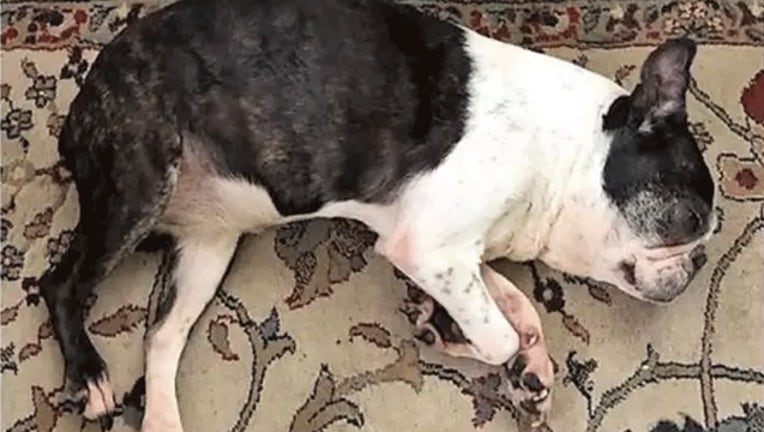 TETERBORO, N.J. (AP) -- An ailing blind and deaf dog who was allegedly abandoned by her owner along a roadway is now being cared for by an animal rescuer who specializes in hospice care.

Bruna, a Boston Terrier believed to be at least 15 years old, was found Sept. 1 by a good Samaritan near Teterboro Airport. She was initially turned over to the Bergen County Society for the Prevention of Cruelty to Animals..

Officials say the dog has dislocated knees, arthritis and an infected, open wound on her hind quarters.

The dog's owner faces an animal cruelty charge for allegedly pushing the dog out of a moving car, which she denies.

The owner says she didn't want to leave the animal in her hot car, so she left her in a grassy area while she went shopping. She said she intended to return for the dog.

Those interested in donating to the Bergen County SPCA to help more furry friends like Bruna can do so here.

Donations are also accepted at Pet ResQ, whose CEO took in Bruna.