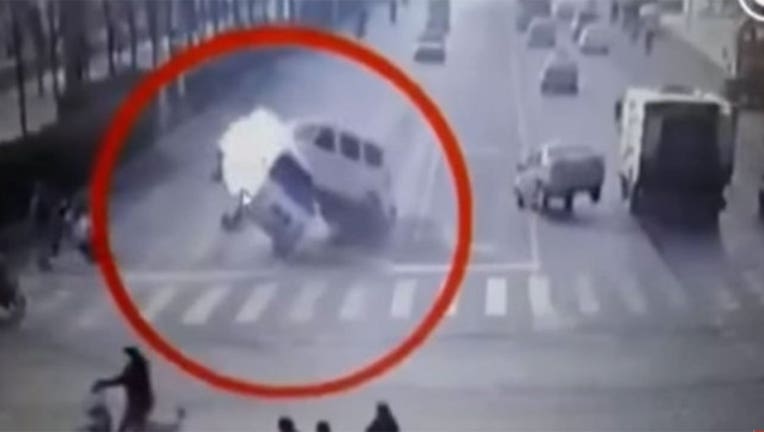 NEW YORK (FOX 5 NY) - Video out of Xingtai, China shows what appears to be several vehicles levitating. The cars hover in the air near an intersection. Officials in China have reportedly attributed the bizarre occurrence over the weekend to an electrical wire from a nearby street-cleaning machine that got tangled as the cars approached.