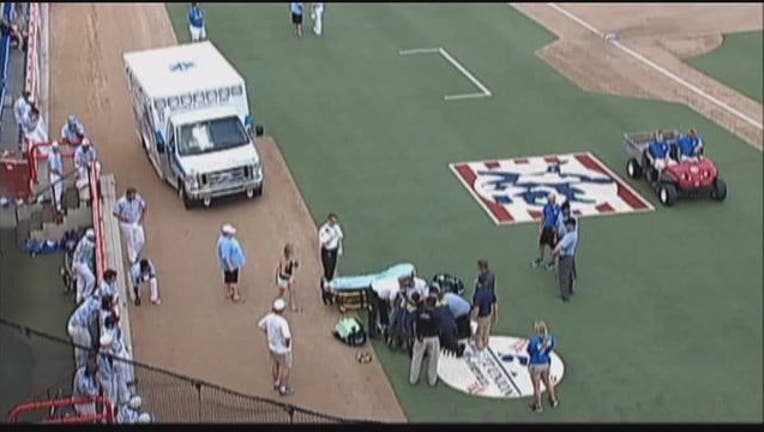 WICHITA, Kan. (AP) -- A 9-year-old bat boy has died after he was accidentally hit in the head during a National Baseball Congress World Series game in Kansas.

The Wichita Eagle says that the general manager of the Liberal Bee Jays team, Mike Carlile, confirmed late on Sunday the death of Kaiser Carlile.

The boy was struck by a follow-through swing near the on-deck circle on Saturday afternoon. A spokesman for the National Baseball Congress says the child was wearing a helmet, which is mandatory.

Home-plate umpire Mark Goldfeder, who is a longtime paramedic, treated the boy until an ambulance arrived. The team played a game on Sunday, winning 8-0.

© 2015 The Associated Press. All rights reserved. This material may not be published, broadcast, rewritten or redistributed.