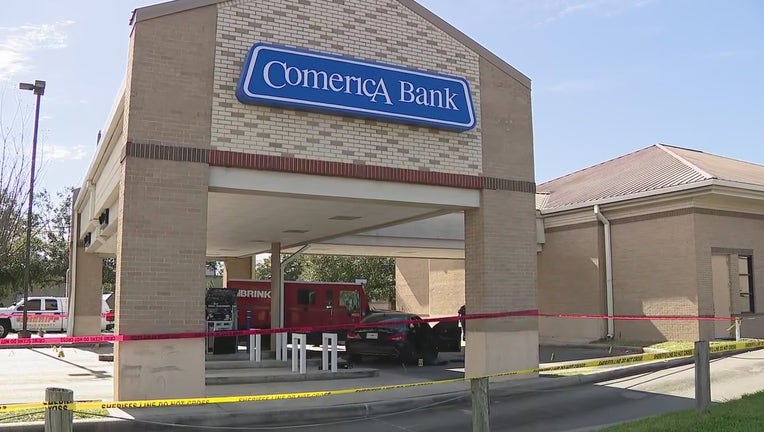 HOUSTON - Authorities say an attempted armed robbery of an armored truck turned into a gunfight in north Harris County on Wednesday afternoon.

The Federal Bureau of Investigation says it happened just after 1:30 p.m. at the Comerica Bank located in the 800 block of West FM 1960.

A brief gun battle ensued between the armored truck drivers and the guard.

Shortly after the gunfire, the suspected robbers tried to drive away, but the Brinks truck blocked their way and ran off instead.

Several shell casings were found at the scene, so officials called it a "dangerous" and "violent" scene. Luckily, no injuries were reported to the armored car employees or bystanders.

Two of the suspects have been described as Black men, with thin builds, in their mid to late 20s. Both men wore dark-colored clothing and were last seen running away from the scene.

A man has been found shot to death in north Harris County, and his killer is on the run.

It is unclear if the suspects got away with any money, but FBI investigators will continue to follow-up on leads as they develop.