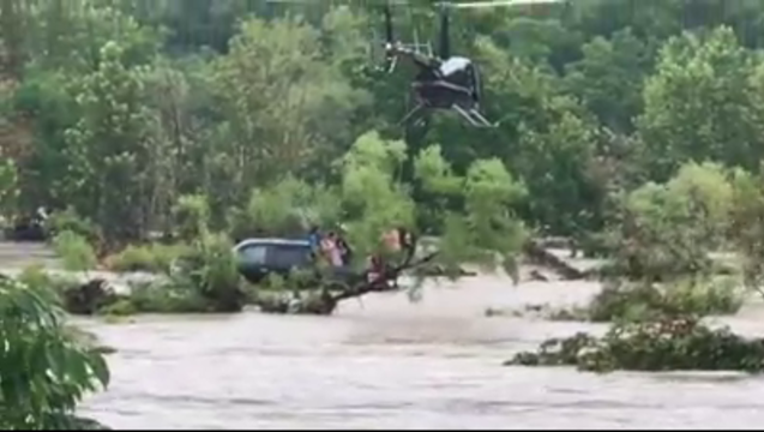 UVALDE, Texas (FOX 26) - At least 27 people have been rescued after 8 to 9 inches of rain caused flash flooding in the Nueces River at a park west of San Antonio.

The Uvalde County Sheriff's Office says on its social media that the 27 were rescued from high water Sunday at Chalk Bluff Park, about 15 miles (25 kilometers) northwest of Uvalde, Texas. Helicopters were used to drop life jackets to those stranded by the rising waters before their rescues. No serious injuries were reported.

The National Weather Service reports the 8 to 9 inches of rain fell over a three-hour period Sunday morning in the vicinity of the park, about 90 miles (145 kilometers) west of San Antonio.

The Uvalde Fire Department and helicopters are sweeping the area for others needing rescue.