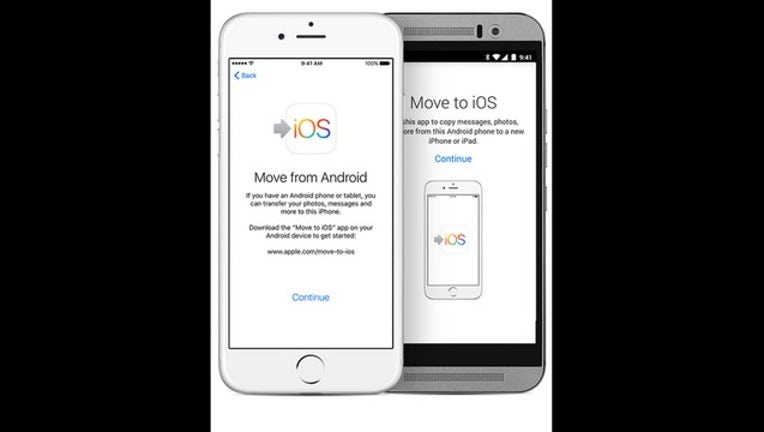 FOX 26 - Apple is turning up the heat and making all out efforts to invite Android users to make the switch to Apple with its "Called to Move to iOS app. Apple first announced the new Android app this year alongside iOS 9 at its developer conference, and is officially available on the Google Play Store. Talk about a call to action! On the app, Apple gives you a step by step tutorial of how to download its app on an Android phone.

Move to iOS supports phones and tablets running Android 4.0 or later. Using the app requires setting up an iPhone, iPad, or iPod touch on iOS9.

Android users went to defense of their product:

"Apple, please: Come on. Google has supported your platform with their services from the start, even as your rival. I barfed a little in my mouth when I heard that this would be your first app on the Android platform, but this is what I've come to expect out of Apple as a company. 0/10 Congrats"

"Stay away from my life So Apple trying to be in everyone else's life. You already have a platform....you don't need Google too. Don't want you restricting what we can and can't do."

"Haha What do you think I am? Mad? Why on earth would I move from Android to Fisher Price? Sorry, I mean iOS. Sheer madness I tell you!"

Wonder how Android will respond.