Neighbors say the man was parked at The Enclave apartment complex on West Stassney Lane and appeared to be suffering a medical emergency at approximately 4:40 p.m.

"This dude pulls in (to a parking space) and he's probably sitting there for five minutes or so, and he starts revving his engine. His back wheels start smoking" said Natalie Madden.

Madden lives at the complex. She was at a dog park adjacent to the parking space when the fire broke out. She says two women were frantically trying to help the man, but the vehicle’s doors were locked.

Madden called 9-1-1 and began recording the incident. The vehicle exploded at least once before officers were able to extract the man. The recording shows Madden knocked off her feet. 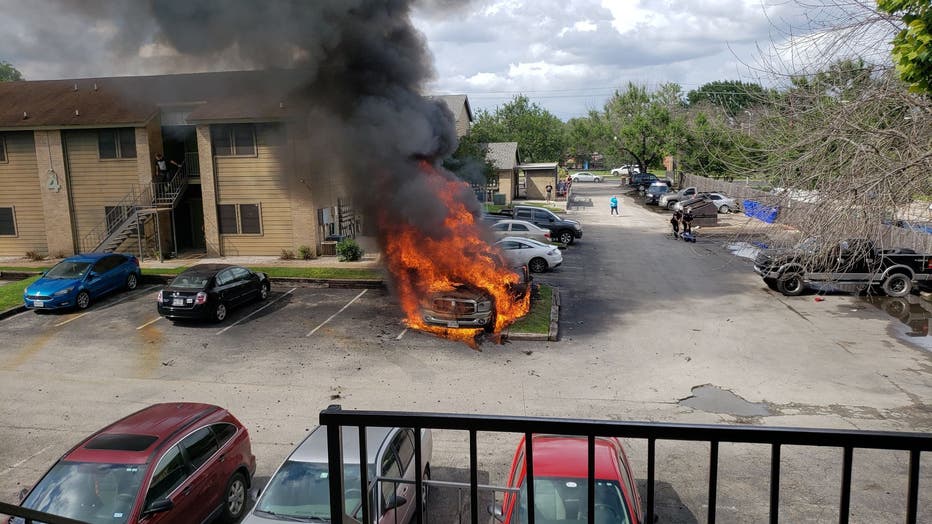 When officers arrived bystanders shouted at them. "He’s still in there!" Madden screams. Officers broke open the man’s window with a baton, opened the drivers-side door, used a fire extinguisher, and dragged him out. Just seconds later the vehicle exploded again.

"The guy was unconscious when they pulled him from the truck, so if he had stayed in there there's no doubt that he'd be dead," said Tony Farmer, who witnessed the incident. 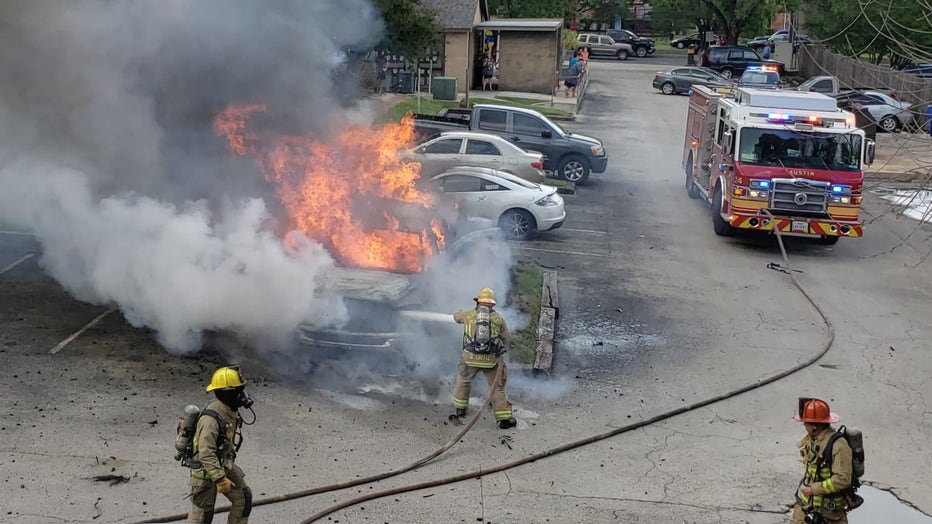 According to ATCEMS, the man was transported to Dell Seton Medical Center with serious potentially life-threatening smoke inhalation injuries.

FOX 7's Kacey Bowen was near the scene of a shooting that left a 19-year-old man injured and bullet holes in a car.

A FOX 7 Austin reporter and photographer witnessed the shooting. It happened around 9:15 p.m. Reporter Kacey Bowen and photojournalist Hector Castenada were approached by the victim for help and called 9-1-1.