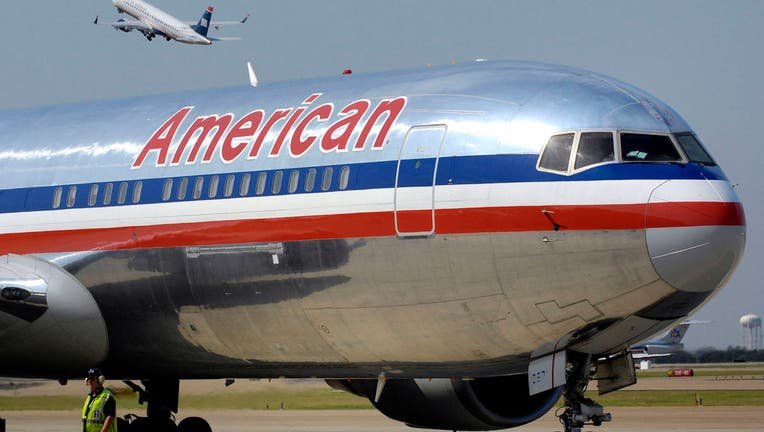 An American Airlines passenger is asking the company for "reparations" after tweeting that she was "wedged" between two "obese people" on a three-hour flight.

Sydney Watson, who describes herself as an Australian/American political commentator, posted to Twitter on Monday stating that she was "literally - WEDGED between two OBESE people on my flight."

"This is absolutely NOT acceptable or okay. If fat people want to be fat, fine. But it is something else entirely when I'm stuck between you, with your arm rolls on my body, for 3 hours," Watson said.

In the tweet thread, Watson said that "If you need a seat belt extender, you are TOO FAT TO BE ON A PLANE."

Watson said that the flight attendant on the plane "has asked me 4 times if I need anything" and gave her "the ‘this is f--ked’ pity expression."

According to Watson, she asked a brother to one of the women  she was sitting next to if he'd like to "swap seats."

"I don't care if this is mean. My entire body is currently being touched against my wishes. I can't even put the arm rests down on either side because there's no f-ing room. I'm sick of acting like fatness to this extent is normal. Let me assure you, it is not" she said.

JUST 'PLANE' BAD ETIQUETTE: AIRLINE PASSENGER DRAPES HER LONG, THICK HAIR OVER THE BACK OF HER SEAT

After calling out American Airlines, the company responded, tweeting: "Our passengers come in all different sizes and shapes. We're sorry you were uncomfortable on your flight."

"This is really their official reply to me being sandwiched between two obese humans," Watson said. "So, I'm expected to have only a quarter of a seat when I fly? I just experienced getting sweat on, touched without my consent, smacked in the face and subjected to hours of no personal space. And your response is essentially ‘too bad’? Is that what I'm getting here?," Watson said.

At one point during the flight, Watson said that she "elected to close my tray table and hold my cup of tea between my teeth because it's jabbing her belly and I can't get it down properly."

Responding to media coverage of her experience, Watson said that she stands behind "everything I said" and tweeted "I'd like some reparations pls."

Fox News has reached out to American Airlines and Watson for further comment.