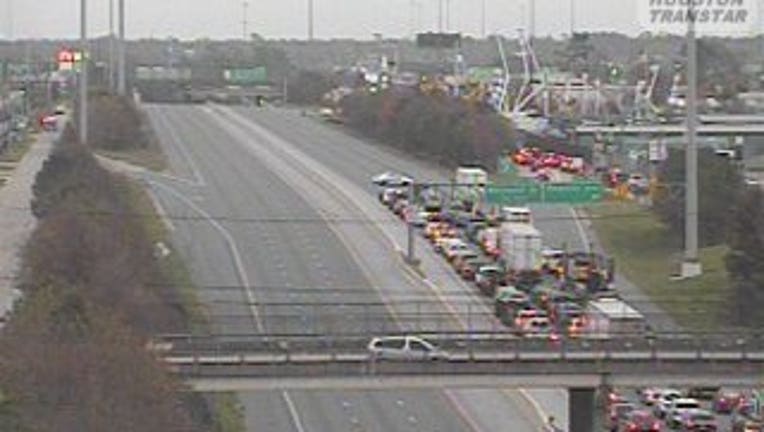 HARRIS COUNTY, Texas - The main lanes of East Freeway near Bayou Drive have been reopened after an armed man was inside a vehicle in Harris County, officials said.

According to Harris County Sheriff Ed Gonzalez, a man was initially stopped pursuant to a possible open felony warrant investigation.

As a result, the highway was shut down as a precaution while officials were on the scene. However, the roadway was reopened around 6 p.m. Monday.