A plane that took off from Jackson, Mississippi, and headed to Houston was diverted to Louisiana after a report of possible explosives on board.

HOUSTON - Two persons of interest have been detained in Louisiana after a plane bound for Houston made an unscheduled stop after a report of possible explosives on board.

The sheriff's office in Alexandria tells us they received the call around 12:30 p.m. Wednesday afternoon of the reported inbound aircraft emergency. 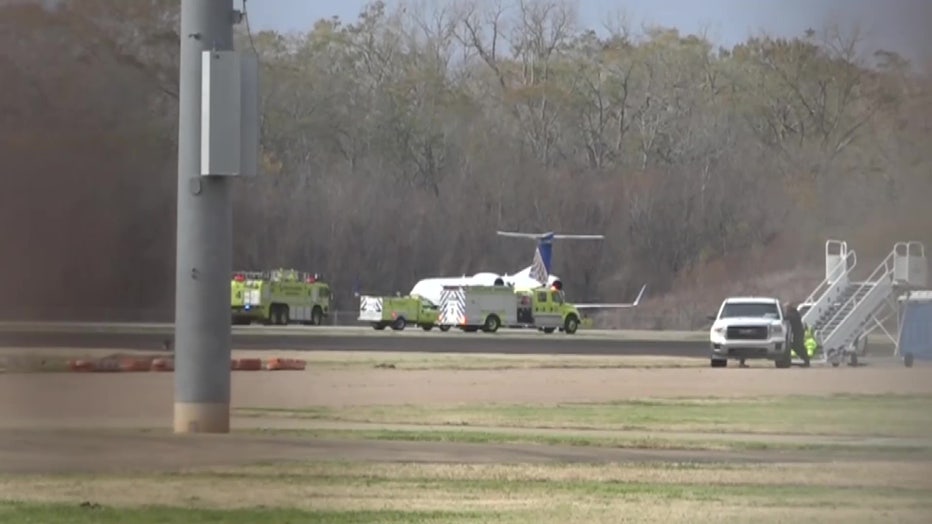 Photo of the plane that was diverted to Louisiana after possible explosives were reportedly on board. The flight was inbound to Houston.

Deputies, along with the fire department, responded to the scene where the passengers were offloaded and the scene was secured.

The FBI is investigating.