US Armed Forces: Quick history of the 6 military branches

The U.S. military is made up of the Army, Marine Corps, Navy, Air Force, Space Force, and Coast Guard. Here's a quick look at each service branch and its creation.

An Afghan couple who arrived in the U.S. as refugees are suing a U.S. Marine and his wife in federal court for allegedly abducting their baby girl.

The baby had been pulled from the rubble two years earlier after her parents and five siblings were killed during a U.S. military raid. After months of treatment in a U.S. military hospital in Afghanistan, she had gone to live with a newlywed Afghan couple, identified by the International Committee of the Red Cross and Afghan authorities as her relatives.

But unbeknownst to the couple, court records say, a U.S. Marine Corps attorney on temporary assignment in Afghanistan learned of the baby while she was still in the hospital. With his wife back home in Virginia, he felt compelled to adopt the Afghan baby and praised it as an act of Christian faith.

This little girl, now 3½ years old, finds herself at the center of a high-stakes tangle of at least four court cases. The ordeal has drawn in the U.S. departments of Defense, Justice and State, which have previously argued that the attempt to spirit away a citizen of another country could significantly harm military and foreign relations. The U.S. Marines and federal officials did not comment on the record. 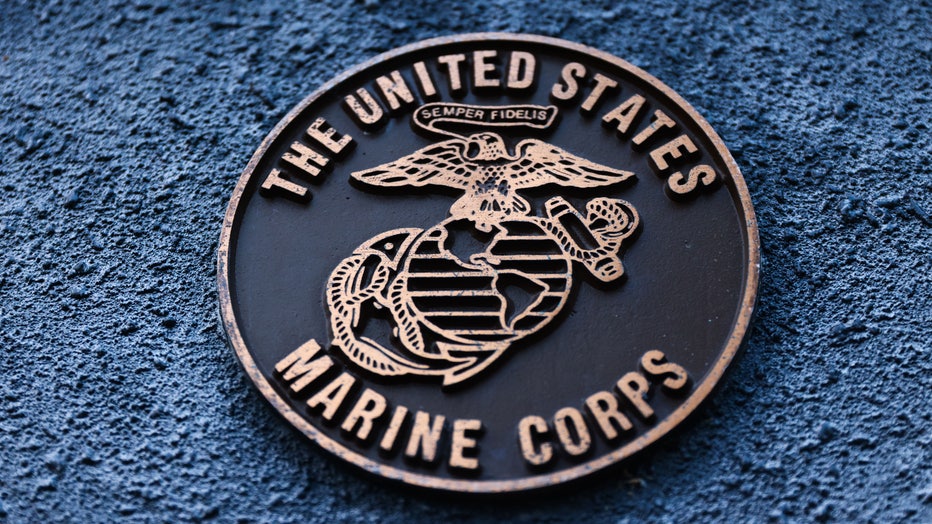 The United States Marine Corps emblem is seen on a monument in Streator, Illinois, United States, on October 15, 2022. (Photo by Beata Zawrzel/NurPhoto via Getty Images)

The Afghan family has asked the court to shield their identity out of concerns for their family back in Afghanistan, and they agreed to communicate with the AP on condition of anonymity.

While authorities were looking for her Afghan relatives, attorney Joshua Mast, represented by his brother Richard Mast, told a Virginia state circuit court judge that the baby was a "stateless war orphan," records show: They assured the judge that Afghan President Ashraf Ghani himself was planning to sign a waiver of jurisdiction within days. The state judge agreed, and granted Joshua and his wife Stephanie Mast custody, naming them as guardians on a birth certificate.

That waiver never arrived, and Ghani’s aide told AP earlier this month that there was no record of any discussion about this. Further, he said such a request would have to go through the courts, which did not happen. Finally, Islamic law prohibits non-Muslims from adopting Afghan babies.

Nonetheless, with documents naming them as her guardians, the Masts turned to a federal judge in Virginia to stop the U.S. government from handing over the baby, court records show. Justice Department attorneys stepped in and said the state adoption was "invalid." The judge refused to intervene and the baby was given to her relatives.

READ MORE: More soldiers are leaving the Army National Guard at a faster rate than they are enlisting

The Afghan couple — who say they had no idea what had been happening in U.S. courts — wept with joy when they met the 7-month-old baby.

"We didn’t think she would come back to her family alive," said the young Afghan man. "It was the best day of our lives."

Over the next two years, the Afghan couple say, they settled in as a family and raised the baby in the Muslim faith. The woman, who speaks three languages including English, was continuing her studies. The man was working in a medical office. They remember those early years fondly.

"She loved showing off her new clothes, and loved getting henna on her hands every week. Whenever I did makeup or brushed my hair, she wanted to do it for me," said the woman.

Though the baby remained in Afghanistan, Joshua and Stephanie Mast had given the growing toddler a Western name in a U.S. state court, according to court records. They finalized the adoption, enrolled her in the Defense Department’s health care system, and even scheduled an appointment with a pediatrician.

Mast — through an interlocutor — kept in touch with the Afghan couple, offering to bring their child to the U.S. for medical care, court records say. But the couple say they told Mast that journey was too arduous.

Everything changed last summer when the U.S. began its chaotic withdrawal from Afghanistan. Amid erupting violence and instability, Mast offered to get the couple, and their little girl, evacuated to the U.S., records show. They took him up on his offer.

When the exhausted Afghans arrived at the airport in Washington D.C., they allege in court filings that Mast pulled them out of the international arrivals line and led them to an inspecting officer. They were surprised when Mast presented an Afghan passport for the child, the couple said. But it was the last name printed on the document that stopped them cold: Mast.

They didn’t know it, but they would soon lose their baby. Just a few days later as the Afghan couple began their resettlement process at Fort Pickett Army National Guard base, they allege Mast confronted them, took the little girl — then 2 ½ years old — and drove off.

The Masts insist in court documents that they are her legal parents and "acted admirably" to protect her. They’ve asked a judge to dismiss the lawsuit, claiming the Afghan couple are "not her lawful parents." Mast’s attorney cast doubt on whether the Afghans were even related to the baby.

The Afghan couple is not giving up.

"After they took her, our tears never stop," the woman told The Associated Press. "Right now, we are just dead bodies. Our hearts are broken. We have no plans for a future without her. Food has no taste and sleep gives us no rest."