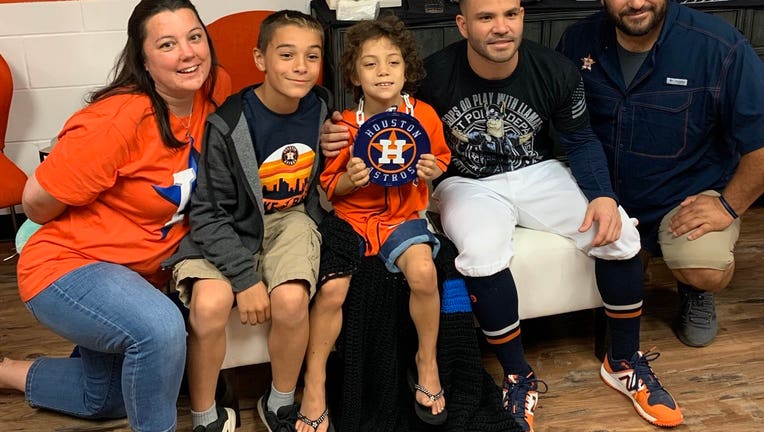 Seven-year-old Abigail, who is also an honorary Texas Ranger and an honorary Houston Police Department officer, is battling cancer.

Freeport Police Chief Raymond Garivey was there when Abigail, who is from Angleton, met Altuve and says the Astros second basemen promised to hit a homerun for her. 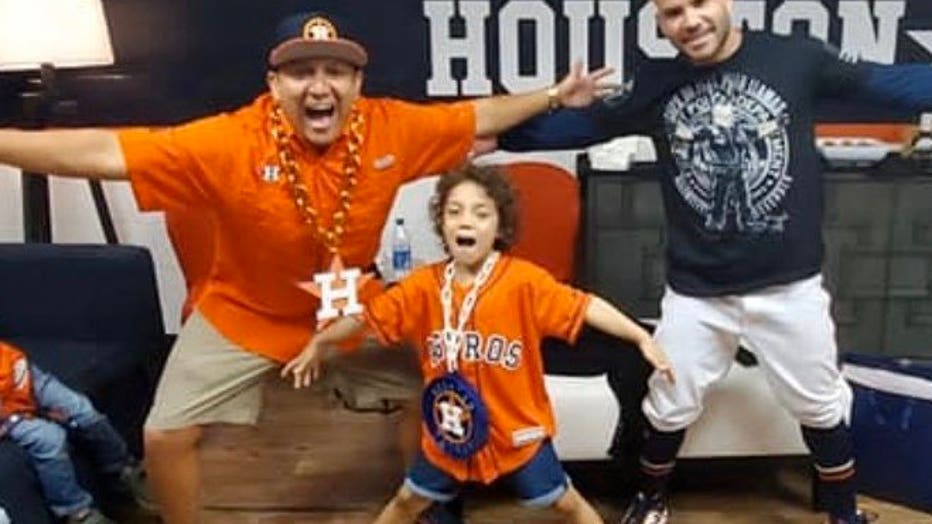 Her father recently said in a Facebook Live that the tumors in her lungs are still growing and their oncology team suggested they prepare for hospice care. He did go on to say that he and his family are not giving up.

Honorary Officer Abigail Arias, a young girl placed in hospice care this week, has had her dreams come true after meeting her hero, José Altuve.

"We are not done, we're not out, I want y'all to understand that, because God is greater than all of this, and He can heal her, and we know He's gonna heal her," he said.

Arias won the hearts of many after Freeport Police Chief Ray Garivey made her an honorary police officer earlier this year. Police officers, first responders and citizens watched as Abigail, wearing her own Freeport police uniform, took an oath to continue fighting the "bad guys" until she is cancer-free.