A Houston Police Officer has gone above and beyond the call of duty. As FOX 26’s Damali Keith tells us he’s not only protecting and serving but also making dreams come true.

HOUSTON - A Houston Police Officer has gone above and beyond the call of duty by not only protecting and serving but also making dreams come true.

He united a father and son who had never met before because it isn’t just a job for HPD Officer Karan Dhooper to help Houston’s homeless but more like a calling.

For five years Officer Dhooper has been on HPD’s Homeless Outreach Team and just a few days ago he saw a man living behind a restaurant dumpster.

"I found out about the Homeless Outreach Team and it was like a message from God. I was like this is my home," smiles Officer Dhooper.

The 81-year-old man told Officer Dhooper he had a son. and only armed with the son’s name and birth date, the officer rushed to find him.

"That’s the first thing that popped in my heart was ‘I really want to help this man,’" Officer Dhooper said.

"I couldn’t believe it. They found my dad and he’s alive and for my dad to still remember my date of birth that’s just amazing," says Peña. 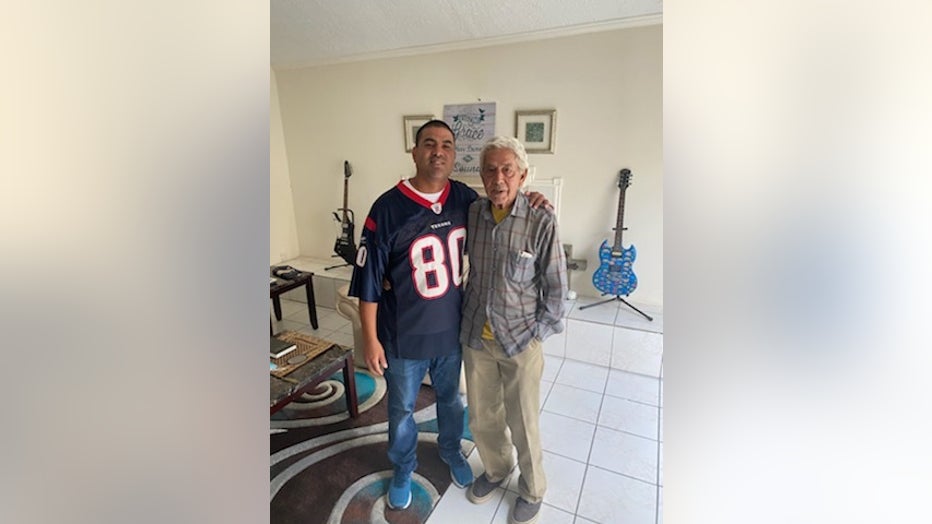 At 40-years-old Peña had almost given up hope that they would ever meet.

"I never thought I would be able to sit down and have a conversation with him and now I have. I told my dad, ‘you know what dad? I forgive you.’ I’m just thankful. I thank God because it truly is a miracle," says Peña.

"It’s a good feeling. I’ve always wanted to help people," adds Officer Dhooper who has lived a life of service, first in the army now here in Houston.

Peña’s path? After being raised by his grandparents and finding great support from teachers and coaches Peña became that same positive influence he once turned to. He's a 6th-grade teacher and coach.

"I got involved in ministry at a young age," Peña explains. "I gave myself to the Lord June 18, 2000, and I’ve seen some beautiful things happen in my life."

He says meeting his father after all this time is probably the most beautiful but he also believes this didn’t only happen for him but for someone who needs to know hope is worth hanging on to.

"Don’t lose hope. God’s given me a platform to give people hope, not to lose hope because at the end of the day God’s timing is perfect," Peña says. 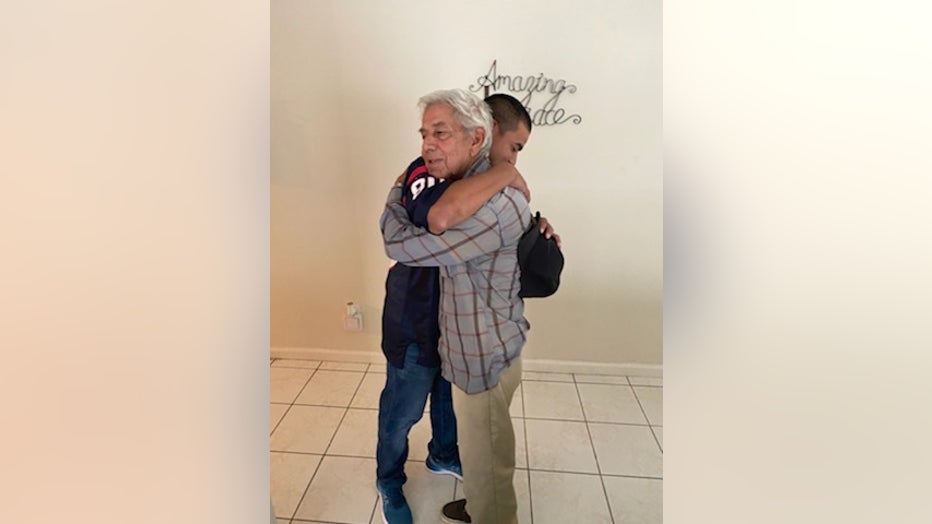 Eloy Peña’s dad is now in a facility getting the mental health help he needs. Peña is looking forward to getting to know his dad and he says there’s now one more permanent person on his prayer list, HPD Officer Karan Dhooper.