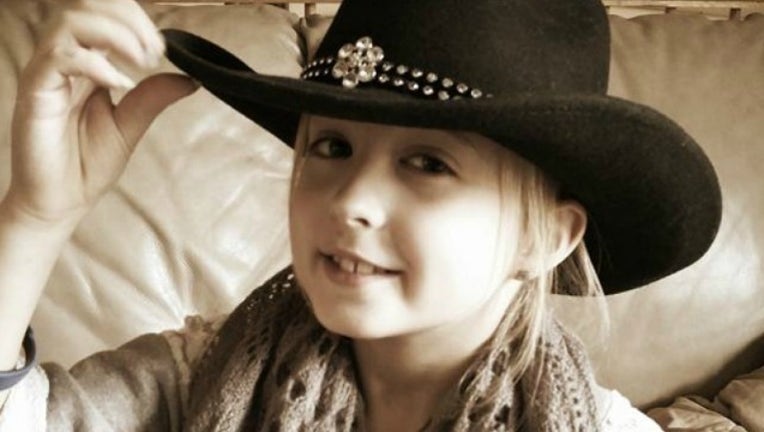 CENTERVILLE, Utah - An 8-year-old girl from Utah has been diagnosed with an extremely rare form of breast cancer that occurs in only one in 1 million people.

According to FOX News, Chrissy Turner is preparing to undergo a mastectomy at the Huntsman Cancer Institute after being diagnosed with secretory carcinoma.

A family friend has set up a GoFundMe page for Chrissy and revealed there that this isn’t the family’s first time fighting the awful disease. Both of her parents are cancer survivors. Chrissy’s mother, Annette, previously beat cervical cancer and her father, Troy, was diagnosed with Non-Hodgkin’s lymphoma in 2008 and after eight months of rigorous chemotherapy he went into remission. In 2011, Troy's doctors discovered more cancer activity.

“The cancer isn’t growing quickly enough to respond to therapy, so they are currently in a “watch and wait” state as the cancer slowly grows, visiting the oncologist every three months for a full exam and blood work,” the GoFundMe account said.

Chrissy will undergo surgery in early December at Huntsman Cancer Institute in Salt Lake City and after will recover at Primary Children’s Hospital. A Facebook page called “Chrissy’s Alliance” has been set up where family members and friends have been sharing photos and updates.

“There is very little statistics at all, maybe 15 cases to compare this to,” the Facebook page said. "She is the youngest person ever seen with this type of cancer. Her case has been presented nationally and is being reviewed by the top oncologists in the country."

Her family said she will need long-term medical care and close monitoring since her case is considered an anomaly.